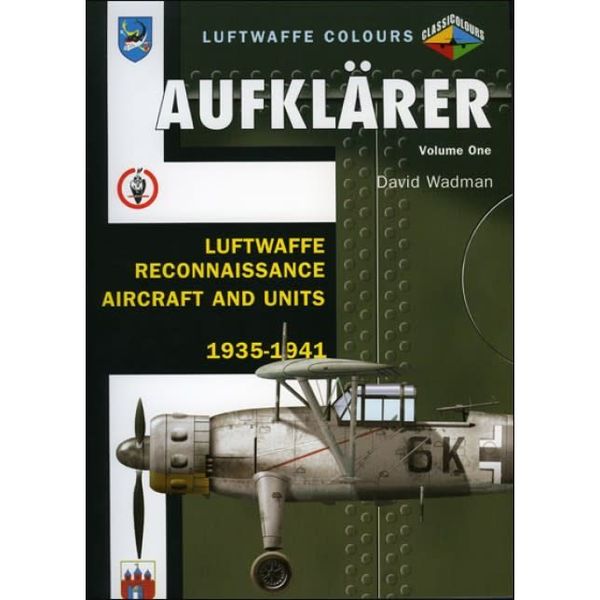 This book is a colorful and informative study of the operations, camouflage schemes, and unit markings of the reconnaissance aircraft flown by the German Luftwaffe between 1935-1941. This two-part work will be welcomed by many modelers, aviation enthusiasts and historians who are fascinated by the aircraft, colors and markings, and operations of the Luftwaffe throughout the Second World War.

This first volume covers the Luftwaffe aircraft and operations of the reconnaissance units from their origins in clandestine survey and photographic work over Poland and the United Kingdom in the late 1930s through to their first operational use during the Spanish Civil War.  Also included in the book will be an overview of the related Wekusta or weather reconnaissance units.