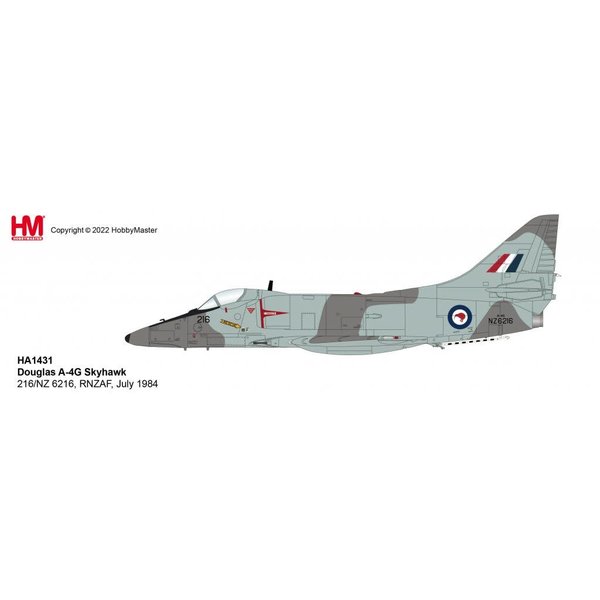 Designed to replace the Douglas AD-1 Skyraider the Skyhawk first flew in 1954. Its small size was a radical departure from the normal “Big” thinking of the time. The USN first took delivery in late 1956 with the USMC receiving theirs 3 months later. Over the years many nicknames were used, “Tinker Toy”, “Heinemann’s Hotrod” (the designer was Ed Heinemann), with the E and F models labeled the “Camel” because of the electronics hump along the dorsal. Probably the most well known nickname used for the 2,960 A-4’s that were produced is “Scooter”.