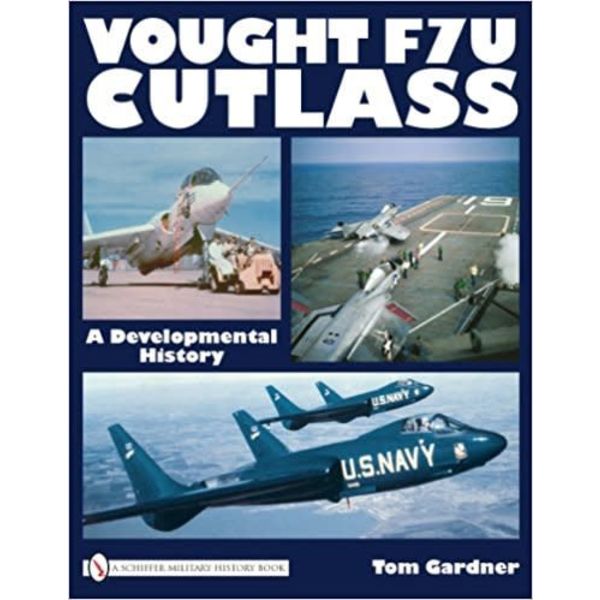 The Vought F7U Cutlass would be host to the following first time achievements for any naval aircraft: the first swept wing jet propelled fighter to operate from a carrier deck; the first to use an all-hydraulic irreversible flight control system; first tailless U.S. Naval jet fighter; first to incorporate a fully steerable nose wheel; first to use ailavators (elevons) as primary control surfaces; first near sonic fighter. The Cutlass would eventually evolve into the F7U-3,3M, and 3P. Touted as highly versatile in functionality for tactical use, it would have certainly achieved “Super Star Status” if not for the nefarious unreliability of its Westinghouse J34 and J46 turbojets. This “Star Crossed” fighter didn’t deserve the unrelenting and damning criticism it received throughout its career. The “Gutless Cutlass”, “Widow Maker” and “ Ensign Eliminator” as it was eventually known provided necessary contributions in the evolutionary process responsible at least in part for the superb carrier fighters in use today. Its complete story is presented here, including many photographs and line schemes.