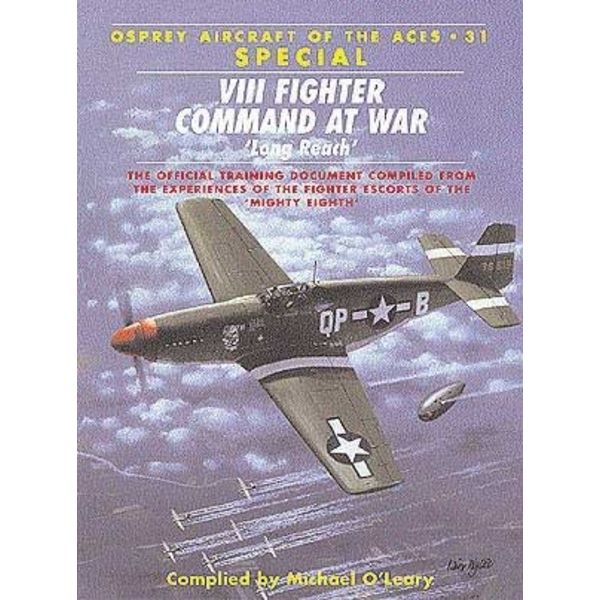 VIII Fighter Command at War: Long Reach: Osprey aircraft of the Aces# 31 softcover ++SALE++ *NSI*
The Official Training Document Compiled from the Experiences of the Fighter Escorts of the Mighty Eighth.

This volume focuses on the little known official Army Air Force report commissioned by the Eighth Air Force's VIII Fighter Command (FC) in May 1944. The detailed document chronicled the experiences of 24 pilots who had seen extensive service in the frontline escorting B-17s and B-24s on daylight raids deep into Germany. Briefed to provide a candid report on combat flying that could be used as a teaching 'manual' for potential fighter pilots, the VIII FC veterans openly discuss their secrets to success, and survival in the deadly skies over occupied Europe. Exactly half of those pilots who contributed to The Long Reach subsequently achieved ace status.