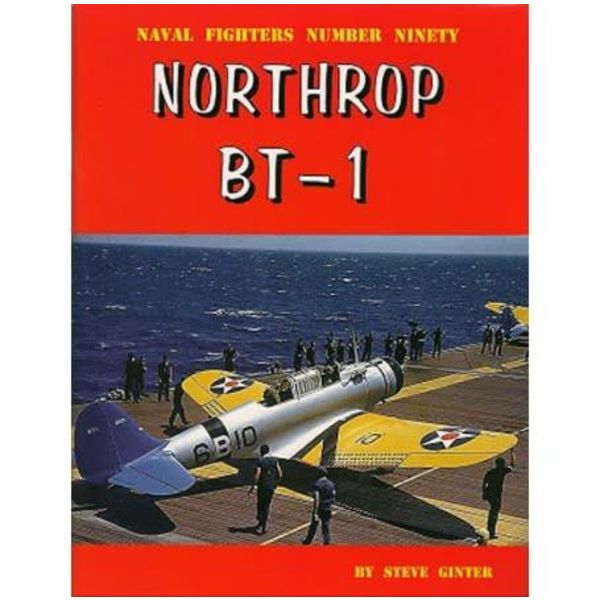 Northrop BT-1 was one of many military applications, derived from the original Northrup Gamma designs, which in turn was developed into the SBD Dauntless through the interim XBT-2. Includes BT-1 assignments from the Monthly Status of Naval Aircraft Report.

The Northrop BT was a two seat, single engine, monoplane, dive bomber built by the Northrop Corporation for the United States Navy. At the time Northrop was a subsidiary of the Douglas Aircraft Company.The design of the initial version began in 1935. A 700 hp (522 kW) Pratt and Whitney XR-1535-66 Twin Wasp Jr. double row, radial air-cooled engine powered the aircraft. The aircraft had slotted flaps and a landing gear that partially retracted.The next iteration of the BT, designated the XBT-1 was equipped with a 750 hp (559 kW) R-1535 engine. This aircraft was followed in 1936 by the BT-1 that was powered by an 825 hp Pratt and Whitney R-1535-94 engine. One of the BT-1 aircraft was modified with a fixed tricycle landing gear and was the first such aircraft to land on an aircraft carrier. One of the first aircraft Edward Heinemann designed.