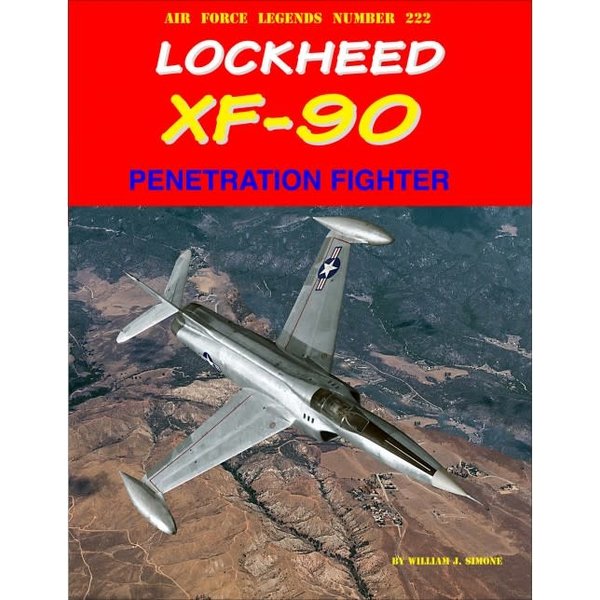 Created by the famous Lockheed "Skunks Works" and highly publicized at the start of the 1950s, the futuristic XF-90 seemed to epitomize what a supersonic fighter ought to look like. It was one of the first Air Force jets to be equipped with afterburners and the first Lockheed aircraft to exceed the speed of sound. Its handsome good looks captured the public's imagination. Even the creators of the popular Blackhawk comic book series adopted the XF-90 as its hero's jet fighter of choice.

The text covers the design criteria of the 1945 penetration fighter request-for-proposal and the 8 companies that submitted proposals. Lockheed made over 60 design studies for the XF-90 which included delta wings, V-tails, forward swept wings, variable sweep wings, and Navy proposals, many of which are discussed in the book. The text goes on to describe its development and testing and flight testing at Muroc/Edwards AFB by Tony LeVeir, Lockeed's chief test pilot. Also included is an extensive history (14-pages) of the second XF-90's involvement in the nuclear testing at the Nevada Test Site and its subsequent retrieval. Additionally, 2-pages are devoted to Blackhawks and 9-pages to XF-90 models.