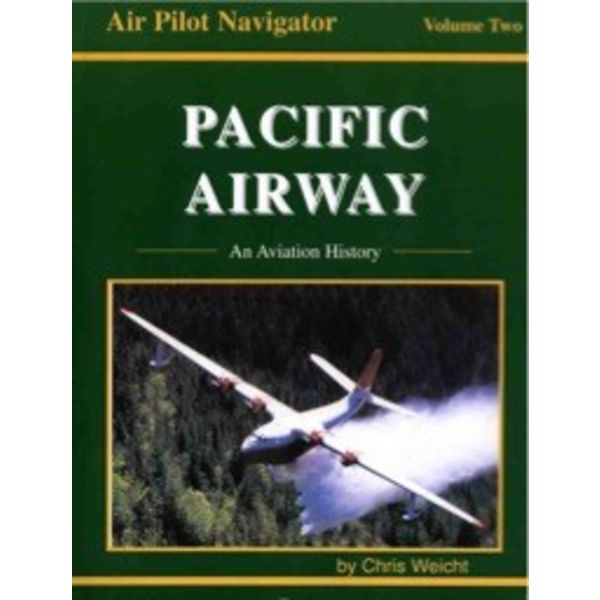 An aviation history of the airfields and seaplane bases which were part of the communities of the west coast of British Columbia and Alaska. Starting at Seattle, Washington, it carries on through Vancouver Island, the Central B.C. Coast, Queen Charlotte Islands, and southeast Alaska.

Over 370 archival photographs with a foreword by Greg McDougall, president of Harbour Air Seaplanes, the largest seaplane airline in the world, and an introduction by Jack Schofield, the founder of West Coast Aviator Magazine.
Pacific Airway contains original photographs and many firsthand recollections and memorabilia often provided by the airmen who participated in this exiting period of west coast aviation history from 1919 to 1960.
With great attention to detail, Chris Weicht has produced a well-researched and fascinating collection of stories. This is your chance to get to know some of the west coast's aviation trailblazers. These airmen paved the way for today's commercial aviation with flair and determination.