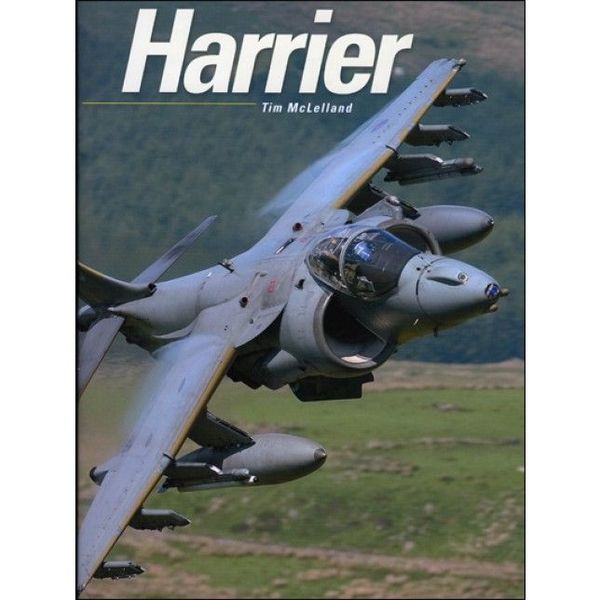 The revolutionary Harrier 'jump jet' was considered one of the most advanced and versatile aircraft designs of the Cold War era. This book presents comprehensive and detailed information about the Harrier, and includes more than 400 superb photographs, 45 color artworks, technical drawings, and extensive pilot's notes. A must-have book for aviation enthusiasts and modelers. The world-famous Harrier is one of the most advanced and versatile warplanes of the post-war era, and one of the most revolutionary jet aircraft designs ever produced. Its unique ability to take-off and land vertically was vital to the Royal Air Force's capabilites during the long, dark years of the Cold War, enabling the RAF to support ground forces in the field, free from reliance upon large, fixed conventional airfields which were at risk of destruction by Soviet bombers. The Harrier's capabilities also enabled the Royal Navy to develop a fleet of 'Through Deck Cruiser' aircraft carriers, each vessel equipped with specialized naval variants of the Harrier, capable of conducting fighter, attack and reconnaissance missions. Perhaps most significantly, the Harrier was adopted by the United States Marine Corps and earned a place in history as one of only a few aircraft of foreign origin to be embraced by America's armed forces. Such was the Harrier's success that a completely new second-generation design was created, and this version of the aircraft remains in front line service with the USMC, while further examples of the design continue in active service in Italy, Spain, India and Thailand.