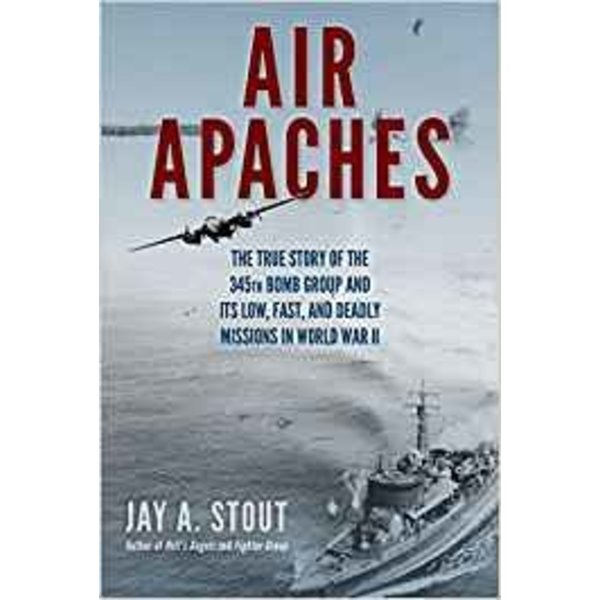 The American 345th Bomb Group--the Air Apaches--was legendary in the war against Japan. The first fully trained and fully equipped group sent to the South Pacific, the 345th racked up a devastating score against the enemy. Armed to the teeth with machine guns and fragmentation bombs, and flying their B-25s at impossibly low altitudes--often below fifty feet--the pilots and air crews strafed and bombed enemy installations and shipping with a fury that helped cripple Japan. One of the sharpest tools in the U.S. arsenal, the 345th performed essential missions during Gen. Douglas MacArthur’s campaigns in New Guinea and the Philippines, earning an impressive four Distinguished Unit Citations.

This was punishingly dangerous work, and the 345th lost 177 aircraft and 712 men--young men doing their duty in the spirit of the Greatest Generation. Neither was this the more gentlemanly war of Europe, with its more temperate climate, resistance networks aiding downed crews, and POW camps. Airmen shot down in the Pacific theater faced drowning in the ocean, disappearing in the jungle, or torturing and beheading by the Japanese in a war of no quarter expected, no quarter given.

A compelling follow-up to Stout’s Hell’s Angels, Air Apaches reconstructs the missions of the 345th Bomb Group in striking detail, with laser focus on the men who manned the cockpits, navigated the B-25s, dropped the bombs, serviced the planes, and helped win the war. To tell this remarkable story, Stout worked closely with the group’s surviving veterans and dug deep into firsthand accounts. The result is a compelling narrative of men at war that will keep readers on the edge of their seats.