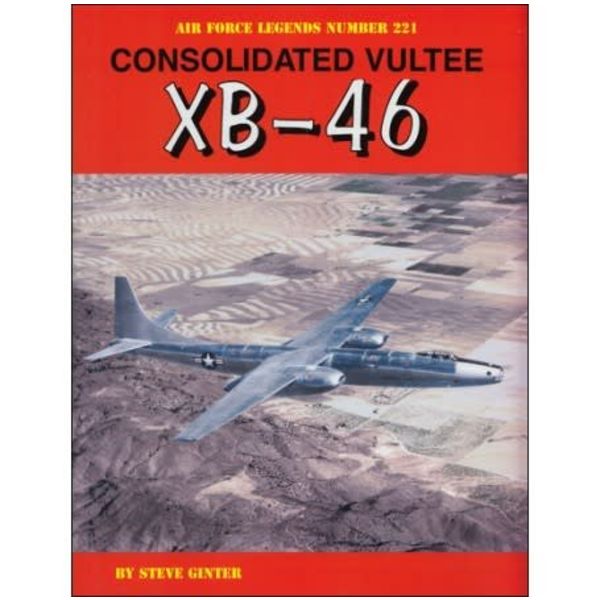 The Consolidated Vultee (Convair) XB-46 was a four-jet medium bomber built to a 1944 USAAF requirement. It was the largest of the four different bombers built to this requirement. The other three were the North American XB-45, the Boeing XB-47 and the Martin XB-48. The winner of the competition was the XB-45, but Boeing was allowed to continue development of their offering with swept wings. Because of this, only one XB-46 was built. It was to be the first all-pneumatic aircraft built with pneumatics operating the landing gear, brakes, and bomb bay doors. This system was highly successful as it saved a lot of weight and allow the quickest activation of landing gear and bomb bay doors seen to that date. The first flight was on April 2, 1947 and the aircraft was utilized until November 1950. The aircraft's biggest legacy was its beauty!