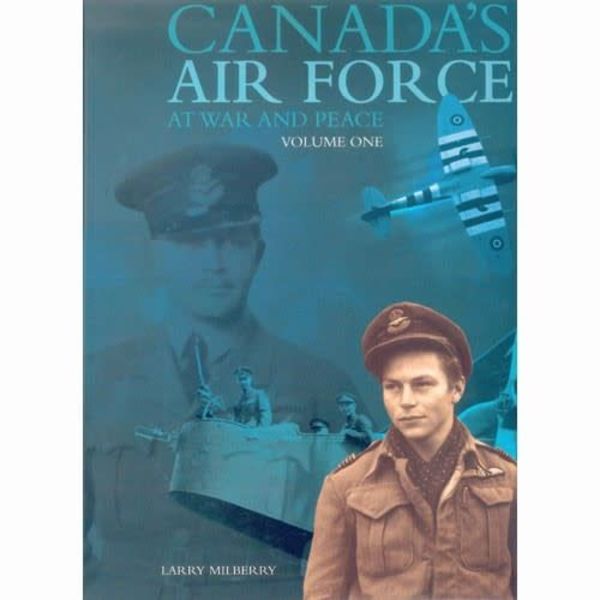 No-one interested in the history of Canadian military aviation will want to miss this 3-volume (eventually 4) series from Larry Milberry!

With its vast text and more than 2000 photos, Canada's Air Force at War and Peace is the grandest of all publications dealing with the Royal Canadian Air Force, its predecessors and successors. This series is something that no air force veterans will want to miss. Canada's Air Force at War and Peace begins with the major role played during WWI by Canadians in the Royal Flying Corps and Royal Naval Air Service.

Volume 1 begins in 1914 with the one-plane Canadian Aviation Corps, then moves to Canada's part in the British air services. The emphasis is on new material. With more than 30,000 words and 80 photos covering Canadians on fighters, bombers, coastal patrol & training, Chapter 1 gets CAFWP off to an exciting start. Chapter 2 covers the interwar years, tracing the CAF/RCAF from its civil-oriented start in photography & surveying, fisheries & sovereignty patrols, treaty flights & training. With little money the RCAF grows more military. Dozens of photos take you from HS-2L to Atlas, Siskin, Stranraer, Hurricane. Chapter 3 deals with Canada on the homefront 1939-45. Besides some 42,000 words, with 230 photos the visual coverage is spectacular. Main themes include: BCATP, home defence, domestic transport, and industry (Tiger Moths, Lancasters, etc.).

Vol.1 finishes by taking you afield in the first overseas chapter -- Day Fighters 1939-45. This is another knock-out, starting with Canadians in the pre-war RAF, moving to No.1 Squadron in the Battle of Britain, on to post D-Day and the march through Europe, Far East, etc. Hurricanes, Mustangs, Spitfires, Thunderbolts & Typhoons fly off the pages.

Never has so much RCAF/CF history been combined with such a photo collection. Writes the Halifax Sunday Herald of Vol.1: "This compelling volume can best be described as a combination history lesson, yearbook ... and biography ... a fitting tribute to the countless air force personnel and their families who risked everything for their country."

In September 2000 Britain's prestigious Scale Aviation Modeller International selected Vol.1 as its "Book of the Month": "Well, what can we say! This is a book that truly deserves the 'must have' title... one that all RCAF and Canadian aviation fans will want to add to their collection."

Writes Airforce: "Milberry has pulled off another winner ... the most comprehensive history of Canada's air force ever produced."

In his review in Canadian Flight Bob Merrick announces "the grand-daddy of all Christmas presents for air force vets ... one aeronautical treat after another ... a superb work to delight all RCAF or CF veterans".