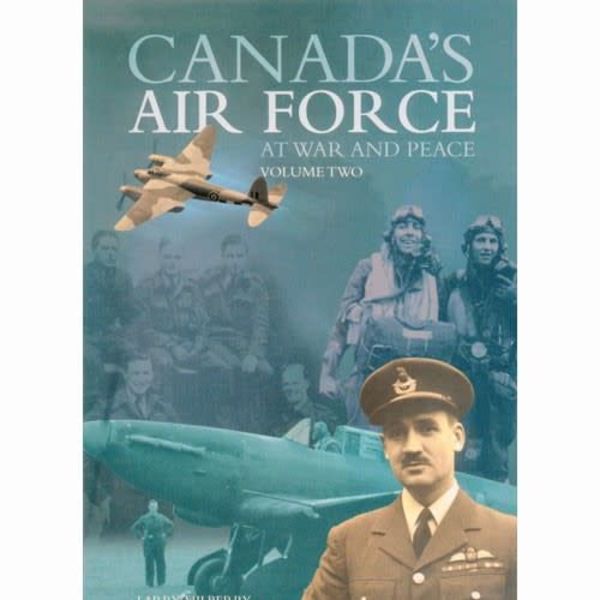 With its vast text and more than 2000 photos, Canada's Air Force At War And Peace, is the grandest of all publications dealing with the Royal Canadian Air Force, its predecessors and successors. This 3-volume series is something that no air force veteran will want to miss.

No-one interested in the history of Canadian military aviation will want to miss this 3-volume series from Larry Milberry!

Volume 2 completes 1939-45. Chapters 1 & 2 cover night fighters, intruders & medium bombers. Much on Canadians on Defiants, Beaufighters & Mosquitos, the former a period of frustration, the latter of success. Many personal stories end happily, but sad times also fill the pages. Chapter 3 deals with Bomber Command, beginning with Canadians on RAF squadrons, then moves to the first RCAF squadrons on Hampdens & Wellingtons. With some 70,000 words, Chapter 3 says much of the bombing campaign. If CAFWP has a brutal chapter, this is it -- some 10,000 young Canadians die on bombers. Chief data sources are the official 6 Group records + diaries, logs & albums of the men who were there. Chapter 4 studies Coastal Command on Beaufighters, Liberators, Sunderlands, etc. 60,000 words of new coverage and photos. While RCAF at War revealed new material on the Hornell VC, more is added here. Special coverage of 422 & 423 Sqns (Sunderlands) is not to be missed, nor are the excerpts from combat reports. Air transport is the theme of Chapter 5, with more of Norseman, Dakota, Fortress, etc. War art + awards & decorations complete