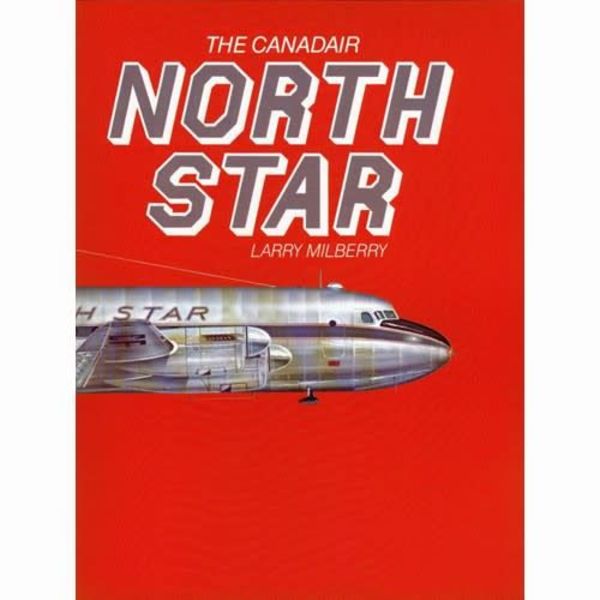 The Canadiar North Star is the story of one of Canada's best-known aviation ventures. Conceived by Trans-Canada Air Lines in 1944, spurred on by the indomitable C.D. Howe, and built by Canadiar Ltd. of Montreal, the North Star started life amidst a flurry of controversy. It became the proverbial political football. There were alleged "shady dealings" and plenty of fuss over TCA's choice of the wartime Merlin engine.

Nonetheless, the North Star survived its detractors and went on to a long and successful career, becoming one of the classic aircraft of the "propliner" age. The North Star gave TCA a modern aircraft for North Atlantic routes in the postwar years, and a good transcontinental workhorse. When the rest of BOAC's postwar designs were not living up to expectations, it gave the British airline (which called itself the Argonaut) a reliable, money-making airliner; it brought Canadian Pacific Airlines onto the international scene; and it gave the RCAF a sturdy transport for such major operations as the Korean airlift and the UN duty in the Congo. In its declining years, the North Star served many lesser operators, carrying tourists to Mediterranean sunspots, conducting aerial surveys of the ocean floor, tracking missles in the South Pacific and, inevitably, getting into trouble. One super-annuated TCA North Star ended its days in a crash while hauling machine guns to rebels in Nigeria. Another, a former RCAF aircraft, became involved in the illicit drug trade. There's no shortage of exciting history surrounding this great old Canadian aircraft.

The Canadiar North Star is full of first-hand accounts by those who designed, built, flew and serviced the airplane. It also includes the biggest published collection of North Star photos. An exclusive gallery of North Star art has been especially done for the book by a group of aviation artists; and just about everything one might want to know about the technical side of the North Star is included for the die-hard buffs.

Writes Air Pictorial, “A magnificent book in every respect.”