Aviation in Canada: Volume 3: Evolution of an Air Force hardcover by CANAV BOOKS 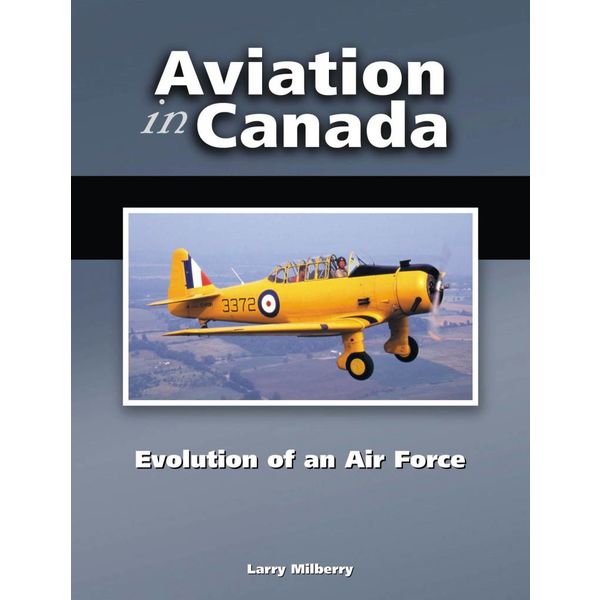 Aviation in Canada: Evolution of an Air Force is the third in the Aviation in Canada series. It is the story of the Canadian Air Force and the Royal Canadian Air Force between the wars, and on the home front 1939-45. ACEAF is the first general book dedicated specifically to these important decades. The story begins with a handful of capable, dedicated WWI veterans determined to establish a peacetime air force. Equipped with war surplus aircraft, they negotiate for funding and set to work. Besides training aircrew and tradesmen, the CAF soon has its assignments, but most are done for civil government bureaus — photography, forestry, fisheries, treaty and customs patrols, etc. In 1924 the CAF evolves into the Royal Canadian Air Force.

In the late 1920s the RCAF finally acquires its first modern fighting machines, but Ottawa has little interest in a fighting air force. Global events, however, force it to start thinking in more military terms. Siskin, Atlas and Wapiti combat planes are added, then come more modern types — Hurricane, Lysander, Shark and Stranraer.

World war comes in 1939 and the miniscule RCAF blossoms into a large effective force. The British Commonwealth Air Training Plan spreads across Canada. Coastal defence squadrons form with Hudsons, Digbys, Cansos, etc. to meet any naval threat. A crisis arises on the East Coast, where the RCAF plays a decisive role, sinking several of Germany's dreaded U-boats. When Japan invades Alaska's outer islands, a wider conflict is feared. RCAF fighter and patrol squadrons stand ready, operating at remote airstrips from Tofino out to the Aleutians. In every role on the home front the RCAF excels and ACEAF has it all covered. The text is extensive and authoritative and includes many new personal profiles. The photo coverage is magnificent