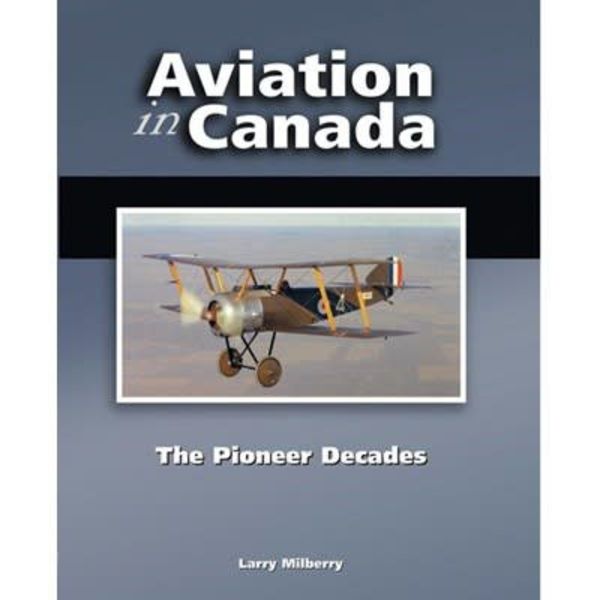 Aviation in Canada: The Pioneer Decades is the first general interest book dedicated solely to Canada's beginnings in flight. From an introductory balloon ascent in New Brunswick in 1840, daring "aeronauts" feel their way along at the edge of the unknown.  They have no idea where their fascination might lead, but destiny takes them to Baddeck, Nova Scotia where, on February 23, 1909, J.A.D. McCurdy fulfills a dream. He takes a flimsy little Silver Dart into the air on Canada.s first powered airplane flight.

Aeronautically, the century following Baddeck will be Canada.s. In the slipstream of the Silver Dart, Canadians coast-to-coast are introduced to the airplane, mainline at fairs and exhibitions. Then thousands go on to flight and die in World War I — the first great aerial conflict. Three are awarded the Victoria Cross. In 1918 they come home, many looking for new frontiers. In the coming years they continue to excel in flight.

Aviation in Canada: The Pioneer Decades covers all the basics of these exciting, little-known decades. Complimenting the book.s in-depth text is the best gallery of photographs ever published on the topic. Here is a book to captivate anyone with an interest in Canada.s incredible flying heritage.