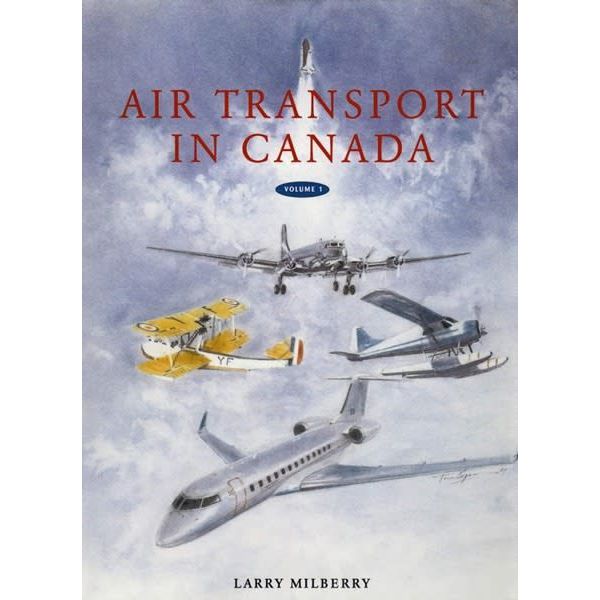 As Canada's most authoritative aviation history book, Air Transport in Canada delivers the facts, but also guarantees the reader years of sheer enjoyment. Never have all the aspects of air transport been so thoroughly covered, from its beginnings in the 19th century with rudimentary ballooning, to the earliest bush planes in the 1920s, the first true commercial operations, the struggles and growth of the RCAF, the appearance of Trans Canada Airlines and CP Air, the impact of WWII, the evolution of Canada's aviation manufacturing industry, the appearance of jets, and on to the present.

Air Transport in Canada takes you from shaky biplane flying boats to today's fabulous de Havilland Dash 8, Canadair Regional Jet and Bombardier Global Express. In between are the key people and all the aircraft types that have played their roles in opening the North, linking Canadians from east to west, and joining them to the rest of the world on the global airways. From the early Fairchilds and Moths, to the Lockheed 10 and DC-3, to the Norseman, Beaver and Otter, to the North Star, Super Constellation, CL-44, Canadair water bomber, to today's modern designs, little is missed in this special production. Besides the overall picture, the book focuses on many historic topics — the first trans-Atlantic efforts, great airlifts like the DEW Line and the Korean War, and relief operations in places like Ethiopia, the impact of aviation on resource development, controversial projects like the Jetliner, North Star, Challenger, etc. The air carriers, whether big or small, are covered in depth. Canada's important role in the development of space transportation is also included.