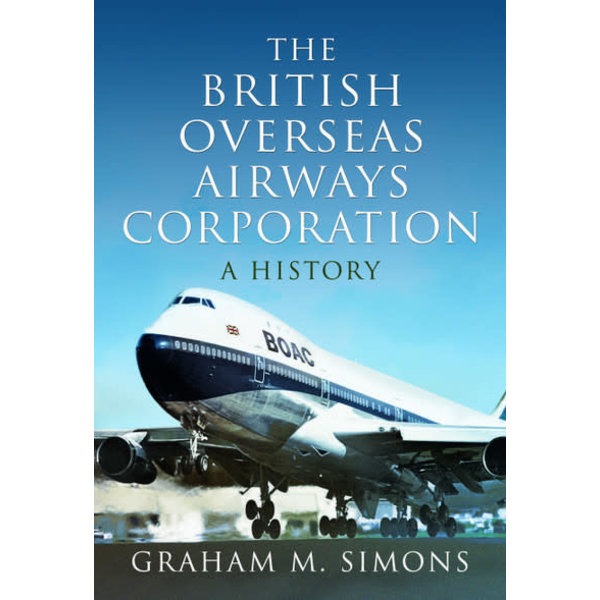 In a similar style to Comet!: The World's First Jet Airliner and Boeing Group: A History Graham Simons presents us with a colorful, thoroughly engrossing, well-researched and highly illustrated history of The British Overseas Airways Company, from its origin in 1940 to its closure in 1974.

The scope of the book takes in the history of the Second World War, examining the ways in which this conflict shaped the development of the airline. BOAC kept wartime Britain connected with its colonies and the allied world, often under enemy fire, and initially with desperate shortages of long-range aircraft. It played an important role in the transportation of passengers during an incredibly fraught and dangerous era. Post-war, jets were brought into the mix and aircraft types such as the de Havilland Comet saw employment.

In the 1970s, an Act of Parliament saw BOAC merged with BEA, with effect from 31 March 1974, forming today's British Airways. But the era of The British Overseas Airways Company marked an important bridge between wartime services and the contemporary operations that we recognize today as being part of British Airways' day-to-day working practices.

The era 1940-1974 saw a great deal of development change the face of flight in a variety of contexts. By choosing to record the history of BOAC, Graham M. Simons is confronting an era of ongoing interest to students of aviation and historians of mid-Twentieth century history.