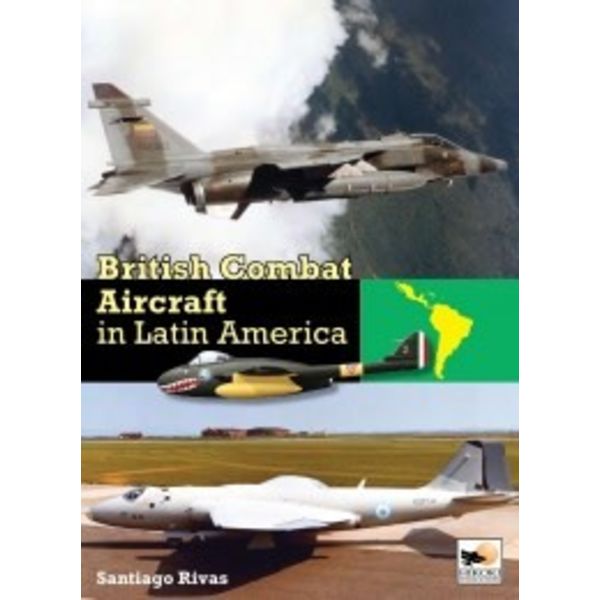 This book covers the story of all the British military aircraft that served in Latin America since 1940. Though the presence of British combat types is now almost gone from the skies over Latin America, its legacy will last for a long time.

After World War II, Britain was happy to sell the most modern equipment to the region giving it an advantage over the United States, hitherto the main provider of planes to Latin American air forces. This was one of the main reasons why many air forces chose to buy British combat aircraft up to the 1970s.

In many countries Gloster Meteors or de Havilland Vampires were the first jet combat aircraft, while the Argentina’s Avro Lancasters and Lincolns was once the most potent bomber force in Latin America. BAC Canberras had five South American operators, were the only jet bombers in use in the region and saw action several times.  Combat activity by British types include Argentine planes used during the 1955 revolution and ironically Argentine Canberras in action during the  Malvinas / Falklands War against British forces, Cuban Sea Furies over the Bay of Pigs, Peruvian Canberras in the conflicts with Ecuador, Chilean Hunters during the 1973 coup d’etat, Dominican Vampires, Mosquitoes and Beaufighters in internal struggles.