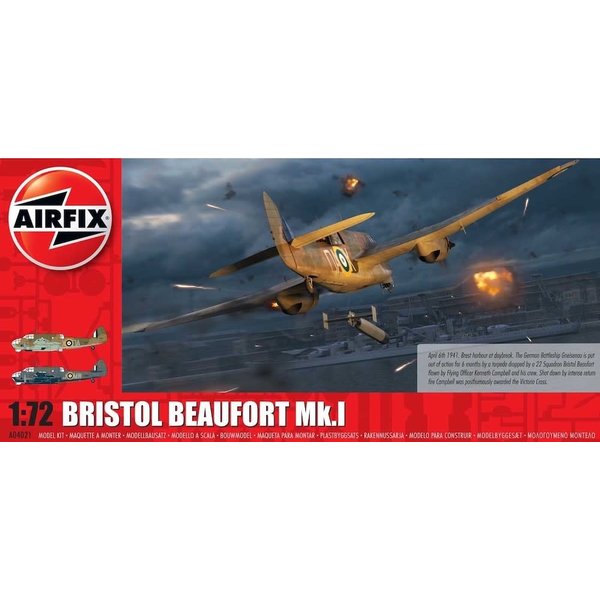 The Beaufort is no stranger to plastic, having been issued by several manufacturers over the years, most famously by FROG. This mold was first issued in 1963 & soldiered on through various issues & many re-issues by other manufacturers such as NOVO & ENCORE well into the 1990's. This remained the only mass market version of the Beaufort, and the aircraft soon became the muse of the short run market with High Planes issuing a mass of differing variants of this airplane in the 1990's*, with Special Hobby finishing up with a trio of well received releases in 2004-2006. The FROG mold is decent but shows it's age, the short run issues by High Planes & Special Hobby were made for the obsessed fanatic who had no problem dedicating six months of his life to building a model kit! We have not had a truly modern rendition of this aircraft in high pressure plastic until now.

This is a highly anticipated release by AIRFIX & no doubt other variants will follow. More accurate than FROG & easier [by far] to build than the short-run issues, this kit should be a winner! I can hardly wait to see what the aftermarket will conjure up for this kit in the way of details & decals. Well done AIRFIX !!!

*If anyone has a copy of the HIGH PLANES DAP Bristol Beaufreighter IX HPM72006, I would love to see it !