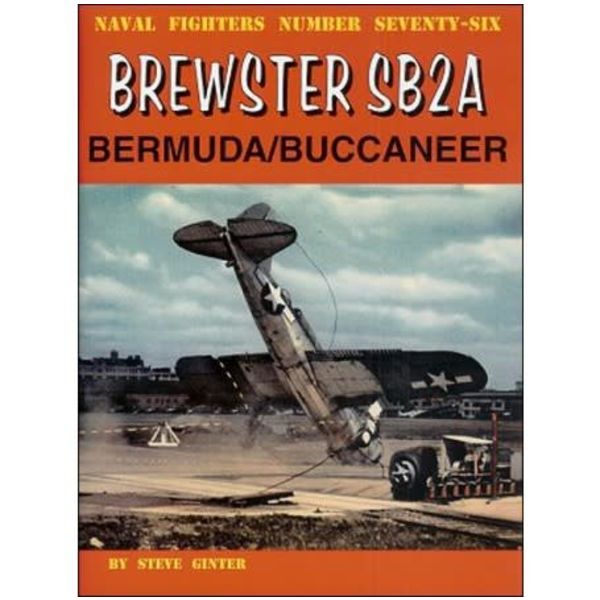 The Brewster Bermuda is the name given by the RAF to the Brewster SB2A. In the US Navy service, the aircraft was the SB2A "Buccaneer." The Bermuda was not carrier-capable, although it was designed as a dive bomber. It was developed by Brewster in parallel with the Curtiss SB2C Helldiver. The two aircraft looked similar. Handling and production problems caused two years of delay, and the US Navy had no need for a new dive bomber when the SB2A was finally available. Many were used as target tugs, others were scrapped straight from the production line. A total of 1,052 were built. The Bermuda was supplied for FAA (Fleet Air Arm is a branch of the Royal Navy) assessment under lend-lease when a small number entered RAF service. Also includes coverage of the XSBA-1 and SBN-1.