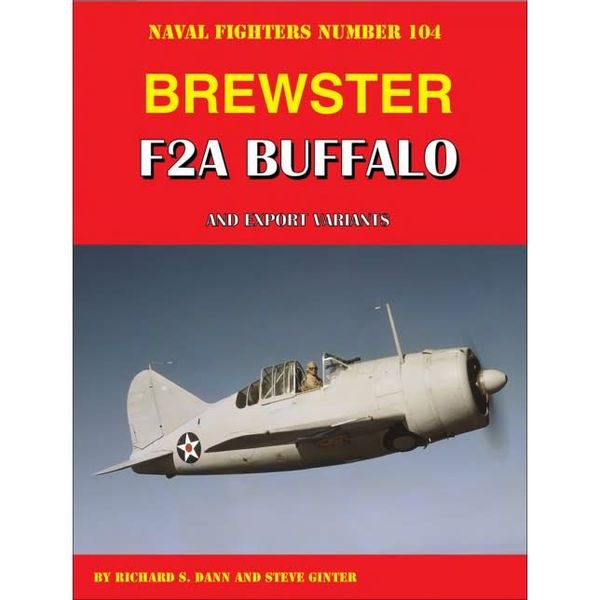 This is the ultimate history of the Brewster F2A Buffalo, the US Navy's first monoplane fighter aircraft. Allied flyers in WWII called it the "flying coffin", but in the hands of Finnish aces, the Buffalo was wildly successful. This new book is lavishly illustrated with over 300 photos, many seen here for the first time.

This comprehensive monograph covers the entire history of Brewster's much maligned Buffalo fighter aircraft. The book starts out with the background of the Brewster Aeronautical Corporation and the events that led to the selection of the F2A as the Navy's first monoplane fighter. Following this, each variant of the aircraft is covered in detail including all three major variants purchased by the US. Navy as well as the versions purchased by Belgium, Finland, Great Britain, and the Netherlands. Indivdual squadron histories are also included as they relate to the F2A.Many interviews are included with pilots who flew the Buffalo, some with glowing comments on its performance, while others cast a less than stellar light on the Brewster. It is up to the reader to draw his own conclusions as to where the F2A sits in the history of modern aerial warfare. It is interesting to note that the Brewster 239, as used by the Finnish Air Force during the 1939-1945 period achieved the highest kill ratio of any fighter plane of the war with an impressive 26-1 score. Finland produced many Aces with the Buffalo, including the all-time high scoring Buffalo Ace, Hans Wind with 39 aerial kills, and followed closely by Ilmari Juutilainen with 34.The book is lavishly illustrated with over 300 photos, many of which have never been published. This is the ultimate history of the Brewster Buffalo.