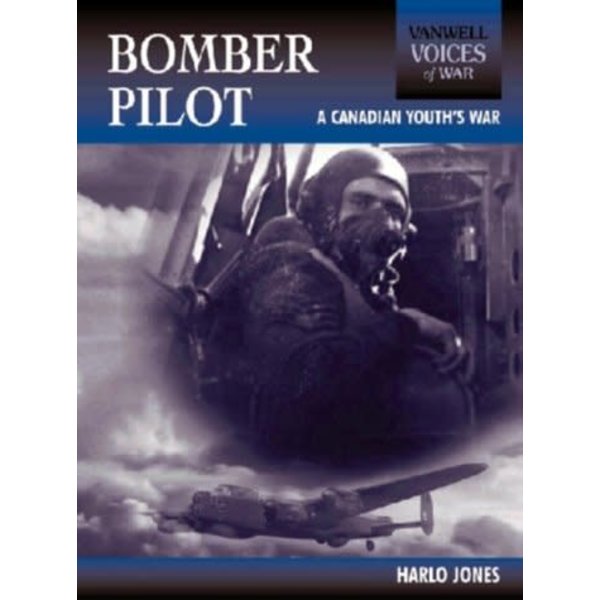 Bomber Pilot: A Canadian Youth's War is the stirring and sometimes tragic, World War II memoirs of Harlo L. Jones. Born in Saskatchewan in 1923, Jones joined the RCAF in 1942, following his brother Dale who had been tragically killed in May 1940. Throughout the war, Flight Lieutenant Jones flew 32 sorties against targets in Occupied Europe and Germany. Dodging enemy fighters and anti-aircraft shells, he completed a tour of operations with 6 Group and was awarded the Distinguished Flying Cross, all before his twenty-first birthday.

Jones' story is rich in details about his training and operations, and his experiences run the gamut from the courageous, to the humorous, to the tragic. But this book is more than simply a narrative of events. It is a coming-of-age adventure.