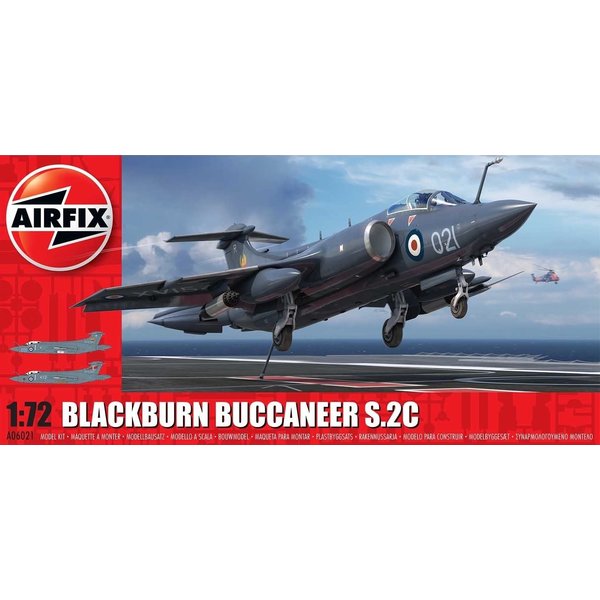 Another cracking kit from AIRFIX ! First modern-tool all plastic kit of a much needed subject ! This replaces the old Airfix kit [ first issued 1960 ! ], FROG [ who ? ] & Matchbox [ still appearing in the REVELL-GERMANY catalog ]. There was a nice family of Buccaneers issued by CMR in 1/72 from the Czech Republic around 2006+, but they were all resin & darn expensive, thus not for the average modeler. Airfix has already announced another variant to be issued soon & the aftermarket will be a-buzz creating decals & details to be sure.

The kit is up to Airfix's now usual standards with crisp, clean mouldings & can be built up with the wings folded & air brakes deployed. The Intakes are single piece mouldings & minimize, if not erase the need for filling & blending with putty. 124 parts, 13 clear & one decal sheet should keep you busy for a while. Decals for 800 & 809 Naval Air Squadrons are included with full stencils. An outstanding review on Britmodeller should be consulted for confirmation of this kit's excellence ! Thoroughly recommended !