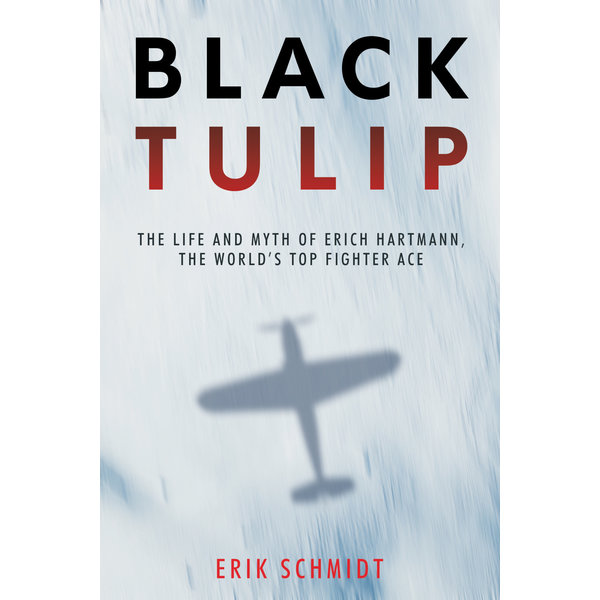 Black Tulip is the dramatic story of history's top fighter ace, Luftwaffe pilot Erich Hartmann. It's also the story of how his service under Hitler was simplified and elevated to Western mythology during the Cold War. Over 1,404 wartime missions, Hartmann claimed a staggering 352 airborne kills, and his career contains all the dramas you would expect. There were the frostbitten fighter sweeps over the Eastern Front, drunken forays to Hitler's Eagle's Nest, a decade of imprisonment in the wretched Soviet POW camps, and further military service during the Cold War that ended with conflict and angst. Just when Hartmann's second career was faltering, he was adopted by a network of writers and commentators personally invested in his welfare and reputation. These men, mostly Americans, published elaborate, celebratory stories about Hartmann and his elite fraternity of Luftwaffe pilots. With each dogfight tale put into print, Hartmann's legacy became loftier and more secure, and his complicated service in support of Nazism faded away. A simplified, one-dimensional account of his life-devoid of the harder questions about allegiance and service under Hitler-has gone unchallenged for almost a generation. Black Tulip locates the ambiguous truth about Hartmann and so much of the German Wehrmacht in general: that many of these men were neither full-blown Nazis nor impeccable knights. They were complex, contradictory, and elusive. This book portrays a complex human rather than the heroic caricature we're used to, and it argues that the tidy, polished hero stories we've inherited about men like Hartmann say as much about those who've crafted them as they do about the heroes themselves.