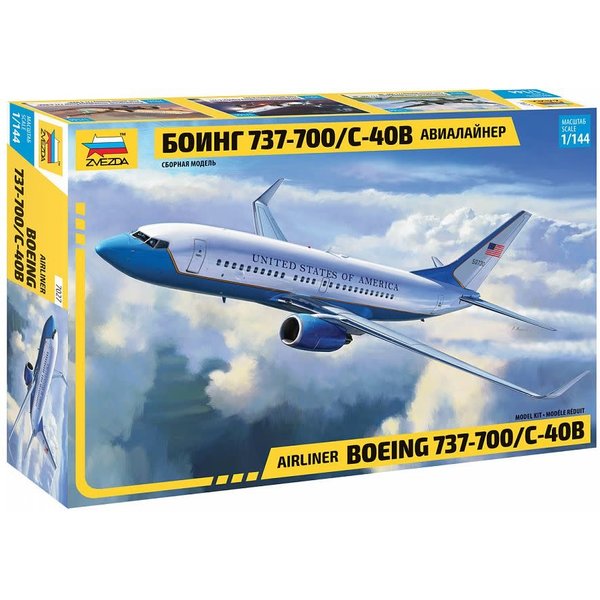 Continuing with their B737 family, Zvesda has now issued the B737-700 in 1:144 scale, from which can be built any -700 series and the military C-40B [ which is primarily presented here, in this box ]. In addition to the state of the art moulding & detail now expected from Zvesda, the kit comes with two different canopies [ with eyebrow window and without ], and three different sets of wingtips including the split-scimitar. Naturally, the flaps are separate items & can be dropped too [ most of the staff of Avworld run around the store 'dropping their flaps' at the first opportunity !]. Again, although any B737-700 can be built from this kit, the issue is presented as a military C-40B & has two sets of decals to accomplish this:

Antenna are moulded as separate items & need to be glued into position, a useful feature as placement of these things on the real aircraft has varied over the years.

A very useful kit & a welcome addition to the range. Keep it up, Zvesda !