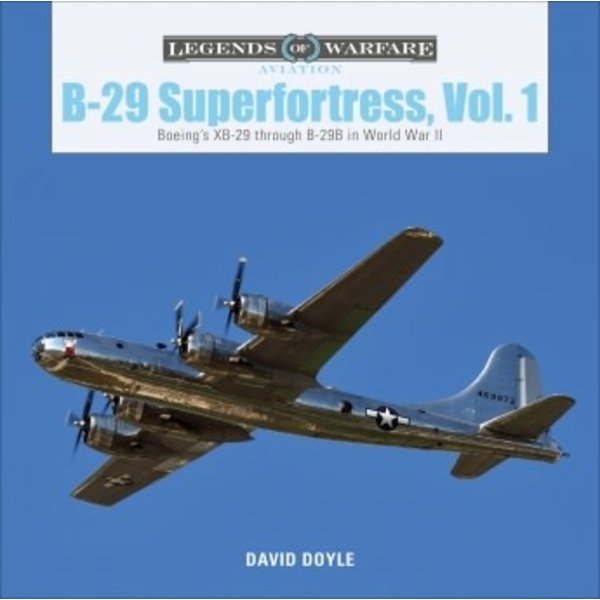 - First of two volumes on Boeing’s iconic B-29 Superfortress in WWII
- Evolution of the aircraft from the XB-29, through the B-29, B-29A, B-29B, F-13 reconnaissance aircraft, and more
- The bomber that brought the war to the Japanese home islands and delivered the two atomic bombs over Hiroshima and Nagasaki

The Boeing B-29 Superfortress was not only the largest and most advanced US aircraft to see combat in World War II, it was also the most expensive weapons system of the war, even exceeding the cost of developing the atomic bomb—the weapon that ultimately would be delivered to Hiroshima and Nagasaki by a pair of B-29s in August 1945. Through a broad range of photos gathered from around the world, this book, the first of a two-volume series, chronicles the design, development, and World War II combat of the iconic Superfortress. The story of this historic aircraft is told through carefully researched photos, which are reproduced in remarkable clarity. Large, clear photos, coupled with descriptive and informative captions, unlock the secrets of this aircraft.