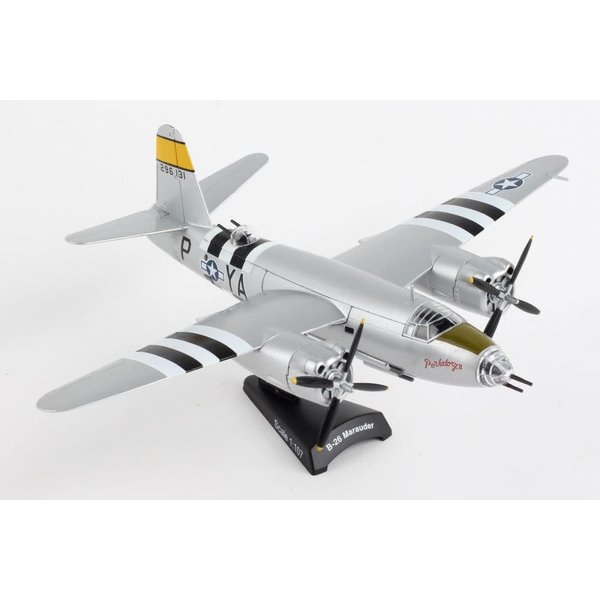 The B-26 Marauder is an American World War II twin-engine medium bomber built by the Glen L. Martin Company from 1941 to 1945. Called to service in 1942, the aircraft took heavy losses in its early days, but was still one of the most successful medium-range bombers used by the US Army Air Forces and its Allies.  Perkatory II was named after its pilot. Lt. Robert Perkins. It was assigned to the 386th Bomb Group, 555th Bomb Squadron during World War II. Size of model 7 3/4"long x 7 7/8" wingspan.