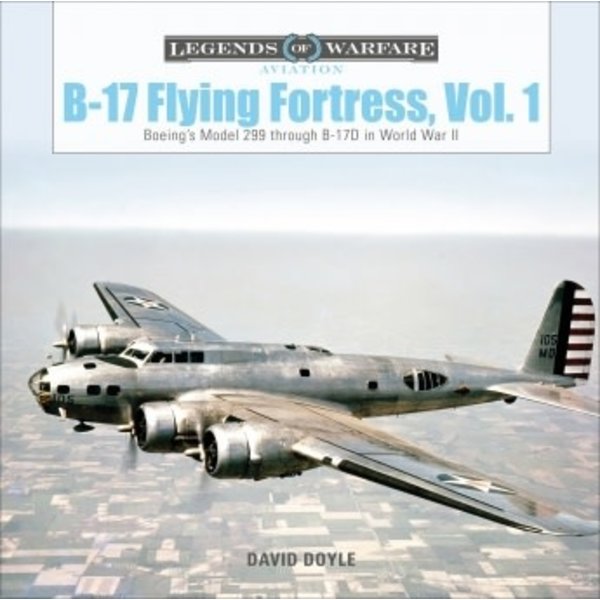 - Chronicles the design, development, and use of the “shark fin”-tailed B-17 models used in the early days of WWII
- Covers the evolution of the Flying Fortress from the model 299 to the B-17D
- Illustrated with rare archival photographs, including previously unpublished images

The B-17 Flying Fortress is one of the most iconic aircraft in aviation history. Through a broad range of photos gathered from around the world, this book, the first of a two-volume series, chronicles the design, development, and wartime use of the early models of the Flying Fortress, from the ill-fated experimental model 299 through the B-17D, including the famous “Swoose.” These early models are distinguished by their narrow fuselage, art deco styling, and a small, “shark fin” tail. A second volume will continue the B-17 story with the large-tail later models, B-17E through B-17H. The story of these iconic WWII aircraft is told through carefully researched photos, many of which have never before been published, and which are reproduced in remarkable clarity. Large, clear photos, coupled with descriptive and informative captions, unlock the secrets of this aircraft.