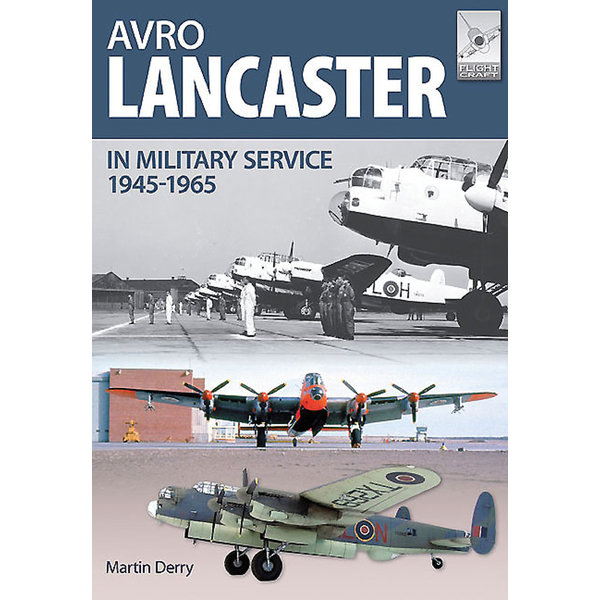 The Avro Lancaster, such a stalwart of the skies during the Second World War, also enjoyed an interesting and surprisingly colourful post-war career. It is this era that the authors have chosen to focus on by profiling the type across its many variants.

Split into three primary sections, this book offers a concise yet informative history of the Lancaster's post-war operational career (from 1945-1965) charting the course of the various alterations and improvements that occurred during this time and including a selection of contemporary photographs with detailed captions. A 16-page section features 32 colour illustrations (in profiles, 2-views and 4-views) specially prepared by Mark Gauntlett. The book's final section provides a list and box top illustrations of the plastic model kits produced of the Lancaster in all scales plus reviews and 'how to' construction notes on building a selection of kits in 1:144, 1:72 and 1:48 scales.

As with the other books in the Flight Craft series, whilst published primarily with the scale aircraft modeller in mind, it is hoped that those readers who might perhaps describe themselves as 'occasional' modellers - if indeed they model at all - may also find that this colourful and informative work offers something to provoke their interests too.