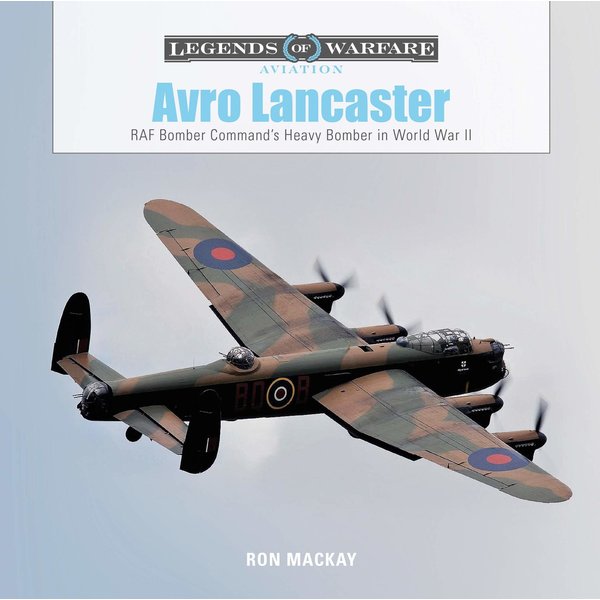 - Covers this history of the RAF's Avro Lancaster
four-engine bomber
- Ideal for the military history enthusiasts who enjoy concise,
affordable warfare histories with rare archival photographs
- Covers design, construction, variants, and operational use through
WWII and the postwar era

The Avro Lancaster was the Royal Air Force's main four-engine bomber in World War II. Its superb design, overall performance, and load carrying capacity proved key factors in successfully prosecuting the nocturnal bombing offensive against Hitler's industrial and military base. With its ability to carry up to 16,000 pounds in explosives and incendiaries, specialist Lancasters could also deliver the 2,000-pound “Tallboy” and 22,000-pound “Grand Slam” bombs that took out key targets. The Lancaster was also featured in the classic 1955 British film The Dam Busters, the story of the famed May 1943 low-level bombing raid in Germany's Ruhr River valley. By the end of the war, upward of
sixty squadrons operated the Lancaster, demonstrating clear proof of its preeminent presence within the RAF's offensive.