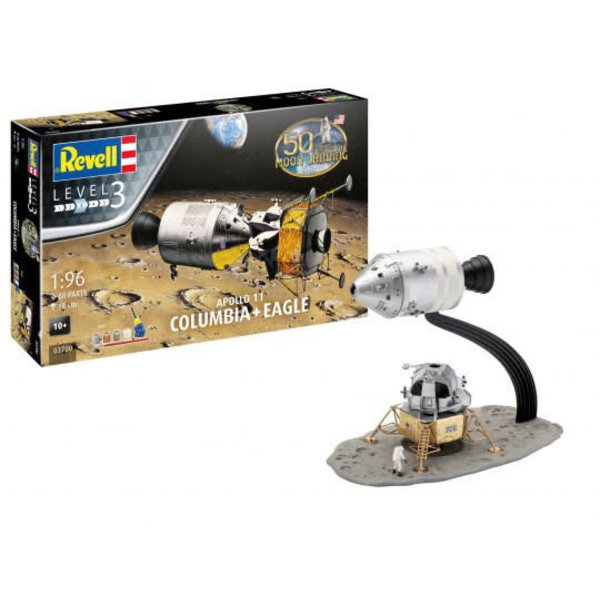 A neat little kit from the heyday of the space race ! Originally issued in 1967, it enjoyed a number of re-issues throughout the 1970's as we raced the Soviets into space. Not to be confused with the Aoshima [Japanese] Apollo Docking set [ Command Module & Lunar Module] also in 1/96 scale & issued at almost the same time- these were two different molds ! 1/96 scale was a popular scale 'back in the day' & is not used too often nowadays-it was used frequently for 'large' subjects such as ships, airliners & spacecraft. Not surprisingly, it is the same scale as the Saturn V rocket that Revell issued shortly afterwards & they can be displayed together nicely. A simple, neat little kit that appeals to all ages, yet can be improved upon significantly by the seasoned space cadet !

This box includes paint, glue & a brush, which is nice for a kid, but the rabid fanatic will need more than what is provided !