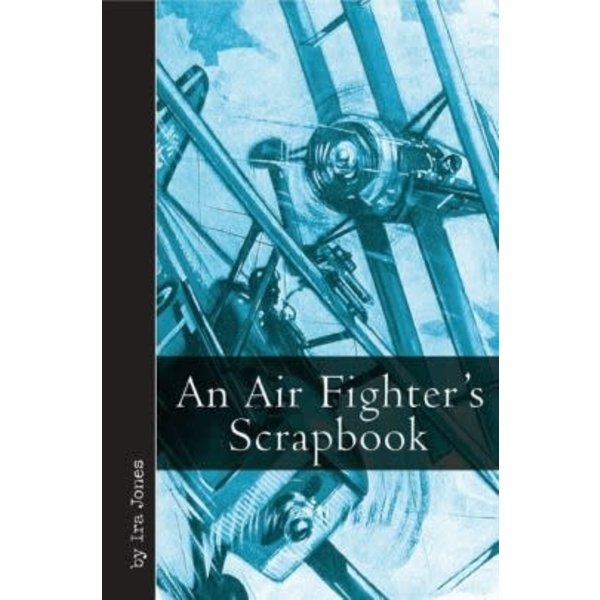 Ira “Taffy” Jones was a well-known air fighter during the First World War, having scored about 40 victories flying SE5 scouts in France with 74 Squadron. Well known in flying circles, Jones recorded stories drawn from his own experiences during the war and wrote of the many personalities he had met or known by association, both during the war and in the post-war flying years.

An Air Fighter’s Scrap Book recreates the atmosphere of the days of the biplane, of wartime flying, of early peacetime adventures in the air, the development of civil aviation, and breathtaking record beating flights, all evoking the sheer delight in flying that characterized those early years.

Throughout his service at No. 74 Squadron Jones won several awards and decorations; being awarded the Military Cross, the Distinguished Flying Cross and bar and the Distinguished Service Order. Although having a reputation for crashing his aircraft when attempting to land, Jones recorded 37 victories in just 3 months whilst flying the Royal Aircraft Factory S.E.5 during the First World War. After retiring in 1936, Jones was recommissioned after the outbreak of the Second World War, and flew briefly during the Battle of Britain. After retiring again at the end of the Second World War, Jones lived in Wales where he wrote three books on the RFC and RAF. He died in 1960 through complications after a fall at his home in Wales.