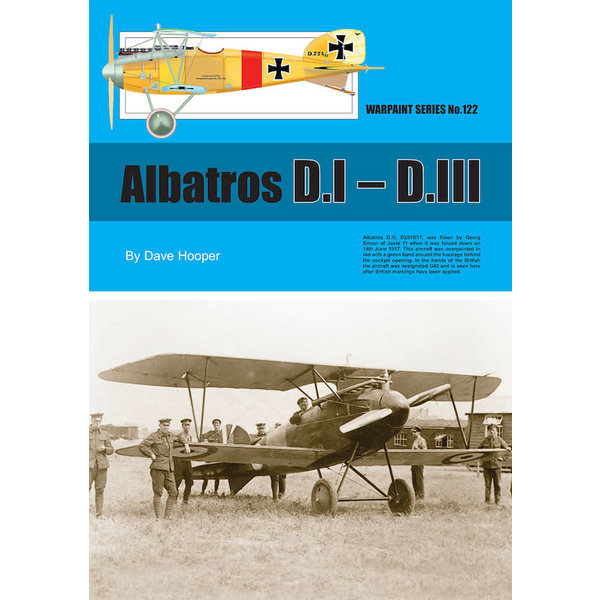 The Albatros D.III was flown by many top German aces during World War One, including Wilhelm Frankl, Erich Löwenhardt, Manfred von Richthofen, Karl Emil Schäfer, Ernst Udet, and Kurt Wolff and was the preeminent fighter during the period of German aerial dominance known as 'Bloody April' 1917. The D.III entered squadron service in December 1916, and was immediately acclaimed by German aircrews for its manoeuvrability and rate of climb. Albatros built approximately 500 D.III aircraft at its Johannisthal factory, but In the spring of 1917 D.III production shifted to Albatros' subsidiary, Ostdeutsche Albatros Werke (OAW), to permit Albatros to concentrate on development and production of the D.V. Between April and August 1917, Idflieg issued five separate orders for a total of 840 D.IIIs with the he OAW variant undergoing its proofing trials in June 1917. Production commenced at the Schneidemühl factory in June and continued through December 1917, with OAW aircraft distinguishable by their larger, rounded rudders. Peak service was in November 1917, with 446 aircraft available on the Western Front. This is the second Great War subject to be added to the Warpaint list and has been authored by Dave Hooper, founder of the IPMS Great War Special Interest Group and a long-standing contributor to aviation modelling journals, whose comprehensive knowledge and attention to detail will ensure this current title will maintain the high standards that have made Warpaint one of the most respected and sought after aviation reference sources. Includes a full walkaround of a replica D.III and scale plans and profiles by Jan Polc.

Designed with both the aircraft enthusiast and the model maker in mind, the publishers of the Warpaint series try to establish as near as possible a comprehensive and accurate account of a single aircraft type within one set of covers. Each book sets standards in the quality of the history and the accuracy of the drawings both in colour, side and plan view and the 1:72nd scale plans that appear in each one.

Aircraft titles range from World War 2 to the post war period, and include a majority of RAF and Fleet Air Arm aircraft but also feature many USAAF, USAF, US Navy and Luftwaffe machines. Variety is the keyword in the attempt to satisfy as many specialist interest groups as possible during the year. Few contemporary aircraft are featured as an attempt is made to write and illustrate the definitive history of the aircraft involved, although it is appreciated that in some cases there might be a few still flying in non-operational roles.

The publishers employ authors who have established reputations in aircraft historical journalism where their own notes and files can produce facts and data that may, in many cases, not have been published hitherto. Artists used for the illustrations are also well-established in their field and very knowledgeable on camouflage colours and the use of computer generated art work which adds so much to the completeness of the finished book.