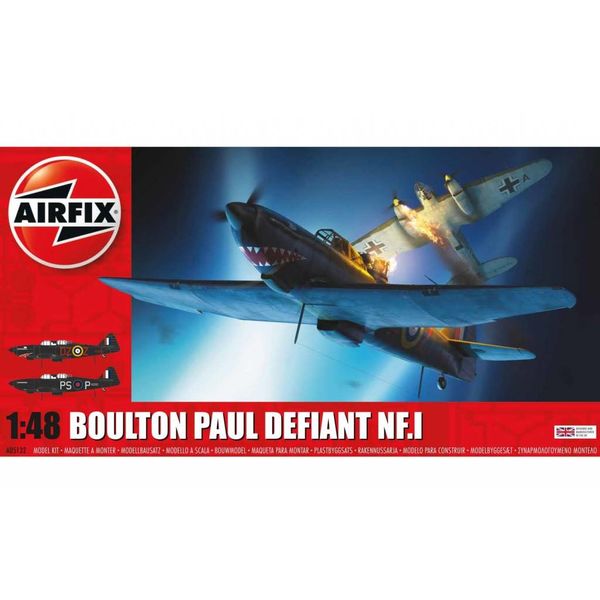 With its powered dorsal mounted turret, the Boulton Paul Defiant was one of the most interesting fighter aircraft to see service during the Second World War.  Originally designed to attack massed formations of enemy bombers, the additional weight of the turret and lack of forward firing defensive armament quickly dictated that the Defiant was better suited to night fighter operations.Although it is generally accepted that the Boulton Paul Defiant proved to be a failure as a day fighter, it did enjoy some early successes in combat with the Luftwaffe.  During operations to cover the evacuation of the Dunkirk beaches, RAF Defiants claimed an impressive 37 Luftwaffe aircraft destroyed, without suffering any losses of their own.  Further successes followed, but Luftwaffe fighter pilots soon learned how best to combat the British turret fighter.  During the early stages of the Battle of Britain, Defiant Squadrons suffered terrible losses at the hands of Luftwaffe Me 109s and were withdrawn from daylight operations.  As a night fighter, the Defiant proved to be much more effective, and during the winter Blitz (1940-41), the Defiant shot down more enemy aircraft than any other RAF night fighter.