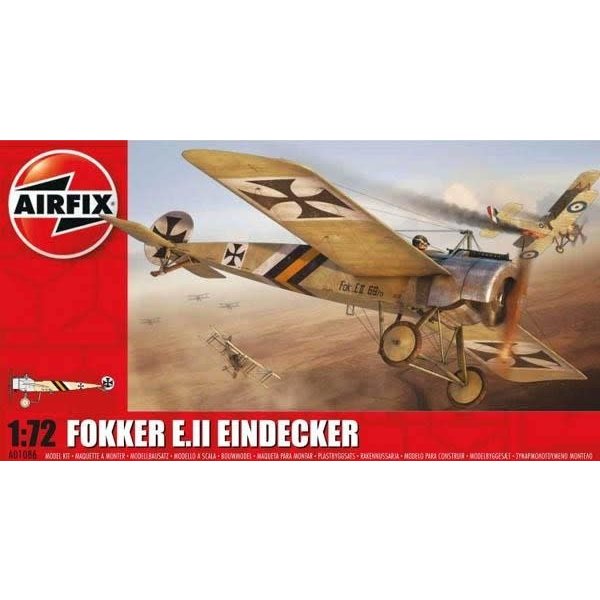 Outstanding kit of Germany's first purpose built fighter plane ! This was the 'Fokker Scourge' which wreaked havoc on the RFC from July 1915 to early 1916. A fantastic new tool Airfix kit that is a pleasure to build but becomes a bit of a project when you decide to rig it, typical of most tiny WW1 aircraft models! Airfix does provide a rigging diagram for those up to the challenge. Beautifully molded, this is a welcome issue for all modelers still modeling WW1 in 1/72 scale.

Airfix is not making the huge production runs that they used to make back in the 'good old days'. It is unlikely that those days will return, for better or for worse. Production runs are substantially smaller, & top selling kits are usually re-issued in new boxes with new decals or occasionally new parts to instigate some more quick sales. Those who missed the kit the first time can grab their copy, & those that did buy the original issue may be tempted to grab the re-issue due to new decals or a key part. Thus, this E.II is now slipping off the radar, but has already been re-issued as the E.III [ with bigger wings ] so fanatics will have to buy it again ! Get your E.II before it is gone...but then it will probably come back at some point in a different box which may be better than this one !! What to do, what to do !