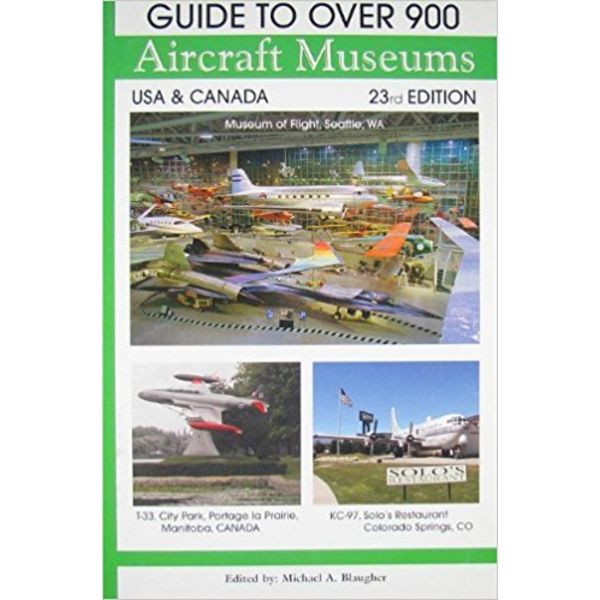 There are 984 Aircraft Museums in the United States and 127 Aircraft Museums in Canada that contain Name, Address, Phone Number, Hours, Price of Admission, Gift Shop, Cafeteria, Theater, Restoration Facility, Web Site or Email, and All Aircraft on owned by that museum.

Second is a list of 244 Cities that have an aircraft on Display in their City Park or as stated.

Third I list 61 Restaurants that have one or more aircraft inside or outside the building. Each has name, address, phone number, and some with meals and prices.

Fourth is 62 USS Naval Ship Museums with address, phone number, hours, admission price, web site, email and if there is any aircraft.

Fifth is 26 Armored & Artillery Museums with address, phone number, hours, admission price, web site, email and if there is any aircraft.

Sixth is 17 Locations that served a purpose during Historical and still have an existing Landmark.

Last in Alphabetical order is a list of all 9660 Aircraft and what museums have that particular aircraft. Each aircraft has the following information: State - City - Museum of that aircraft, Manufacture, Aircraft Name, Personal Name, Serial (Buno) Number, N Number, Tail Letters, Side Numbers, Squadron Markings.