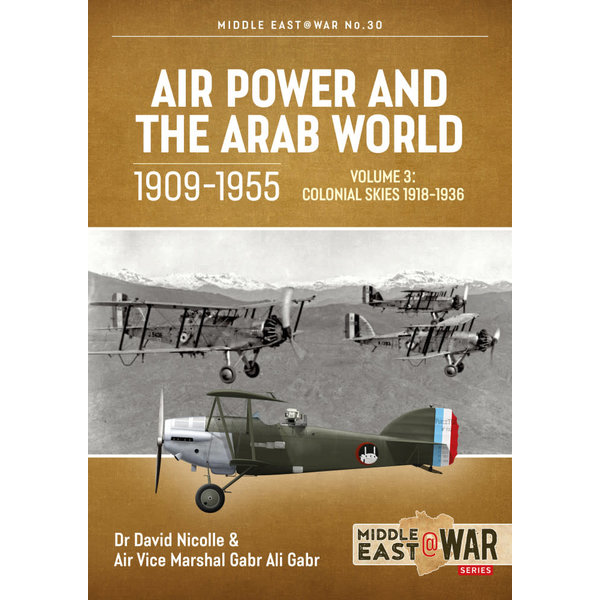 Much of the Arab World remains ravaged by war or threatened by war. Meanwhile, the decades old Arab-Israeli conflict remains fundamentally unresolved. Consequently, even the Arab air forces and other Arab armed forces remain either at war or on a virtual war footing, or at least in a state of continuous vigilance. The earliest of the Arab air forces to be established trace their histories back to the 1920s and 30s when the overwhelming majority of Arab countries, and an even larger majority of the Arabic-speaking people, were ruled or dominated by four European powers. Based on decades of consistent research and newly available sources in both Arabic and various European languages, richly illustrated with a wide range of authentic photography, Volume 3 of the Air Power and the Arab World, 1909-1955 mini-series continues the story of the men and machines of the first half century of military aviation in the Arab World. It describes the role, organizational structure and activities of the air forces of Britain, France, Italy, and Spain which were sent to the Arab countries. It also looks at the early years of two neighboring air forces, those of the Persian (Iranian) and Ethiopian Empires whose early emergence was viewed jealousy in some Arab capitals. Volume 3 continues this story by describing operations of the British, French, Italian and Spanish air forces in the Arab world after the First World War, but also the emergence of the first Arab air forces in the shadow of the substantial European air force units stationed in that area.