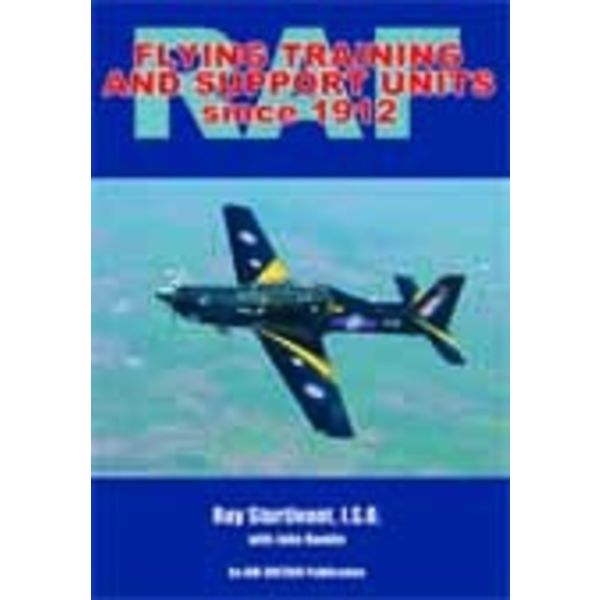 Air-Britain's long out of print Royal Air Force Flying Training and Support Units is generally regarded as an impressive reference source. Now its successor, RAF Flying Training & Support Units Since 1912, hugely expands and revises its coverage.This 336-page A4 hardback volume gives details of all known Royal Flying Corps and Royal Air Force support flying units from 1912 to the present coverage of all units with at least one aircraft and many other units whose work was directly concerned in some way with aircraft.- a huge amount of fresh information on the units covered by the earlier book, including 2,000 revisions- coverage of many types of unit not included in the previous volume, including aircraft servicing and repair units, South African Air Force Air Schools, marine craft, balloons and airships, aircrew, personnel and the WAAF- 8,000 separate entries, of which 3,000 are new.- potted histories of all known flying units other than numbered squadrons- significant First World War material unearthed during recent researc- detailed coverage of the extensive Civil Repair Organisation in the Second World War, provided by the late Barry Abraham- an extensive index of the many bases referred to in the book- 200 black and white photographs.