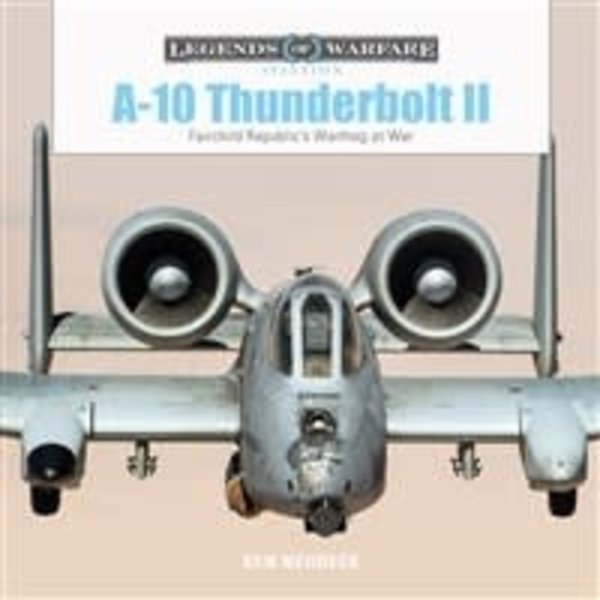 The Fairchild Republic A-10 Thunderbolt II, commonly nicknamed the “Warthog” due to its unusual and ungainly appearance, became the most effective close-air-support aircraft that has ever served for the US Air Force and Air National Guard. Designed around the GAU-8/A Avenger autocannon, the aircraft was a highly effective tank killer during Operation Desert Storm. The Warthog continues to serve, from its first appearance in 1976 through subsequent wars up to the present time, and well into the future. This concise, illustrated book covers the construction, development, and combat history of this unusual aircraft and features superb detail and combat photography. Part of the Legends of Warfare series.

- Concise, illustrated history of the Fairchild Republic A-10 Thunderbolt II "Warthog"
- Covers development and combat service with the USAF, ANG, from 1977 to the present
- The A-10's GAU-8/A Avenger auto cannon can fire up to 70 rounds a second