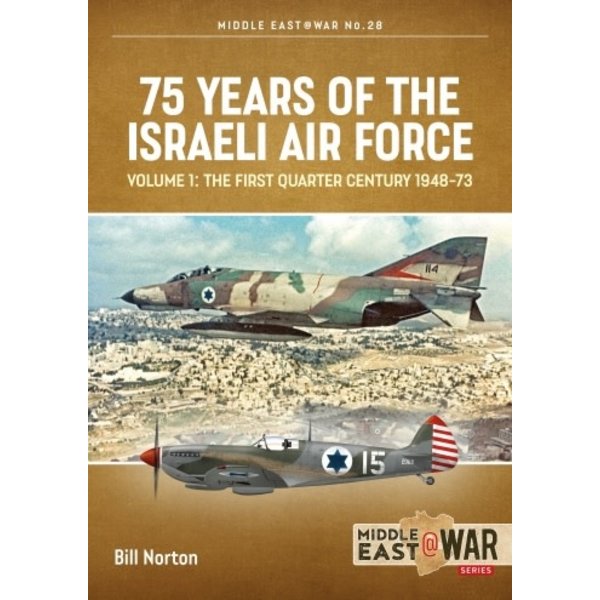 The maturation of what was once the Israel Defence Force/Air Force (IDF/AF), and since 2005 is the Israeli Air-Space Force (IASF), is a fascinating study of a military force working to meet shifting obligations under multiple impediments while being repeatedly tested in combat. Many factors over the seven and a half decades shaped its air fighting capability, not the least being the demands of the evolving battlefield, uncertain funding, available weapons, and quality of personnel. Tactics and doctrine were, in turn, shaped by government policies, international pressures, and confronting adversaries likewise evolving. When the trials in war, or combat short of war came, success was a measure of its weapons’ suitability, relevancy of training, and experience of personnel.

This mini-series documents this evolution of the Israeli air force It stands apart from many other books in performing this examination in a more dispassionate and critical manner, without the common hyperbole. A great deal of space is devoted to description of constant shifts in its equipment – especially aircraft and other weapons – and its organizational structure over time.

A summary of the geopolitical milieu in which Israel and its military institutions have dwelled over the 75 years helps to explain the material acquisition and tactical choices while placing in context the operations in which they were employed.

Written at a time of historical challenges for the Israeli Air and Space Force, and the Israel Defence Forces as a whole, this exclusive, highly informative and richly illustrated volume, the first in a three-volume mini-series, charts the Israeli Defence Force/Air Force from its inception until the close of the 1973 war.

Highlight: "This book will be of great interest to aircraft modelers and aviation historians alike." AMPS Indianapolis