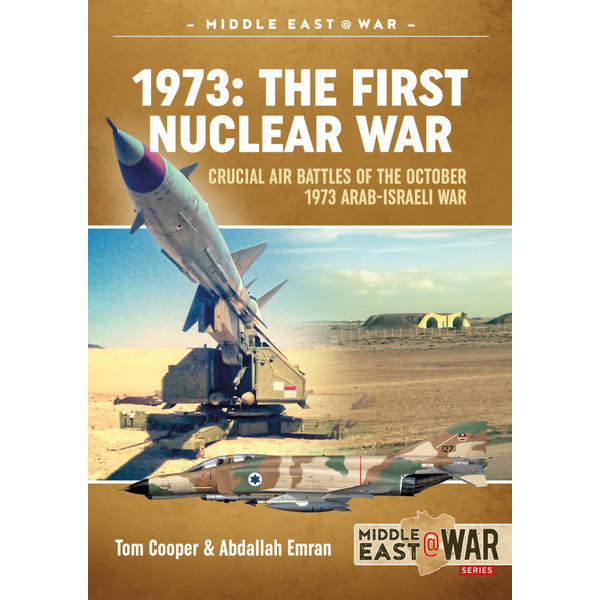 The majority of narratives about the October 1973 Arab-Israeli War stress that air power did not play a dominant role. The deployment of strong, well-integrated air defences by Egypt and Syria, that caused heavy losses to the Israeli air force early during that conflict, not only spoiled Israel’s pre-war planning, but prevented it from providing support for Israeli ground forces too. A cross-examination of interviews with dozens of Egyptian participants in that conflict, contemporary reporting in the media, and also intelligence reports, offers an entirely different picture. Accordingly, for much of that war, the Israelis flew heavy air strikes on Port Said, on the northern entry to the Suez Canal. Furthermore, they repeatedly attacked two major Egyptian air bases in the Nile Delta – el-Mansourah and Tanta – in turn causing some of the biggest air battles of this war. Indeed, in Egypt, the response to these attacks reached the level of legend: the supposed repelling of an Israeli air strike on el-Mansourah, on 14 October 1973, prompted Cairo to declare not only a massive victory, but also that date for the day of its air force. However, the actual reasons for Israeli air strikes on Port Said, el-Mansourah and Tanta remain unclear to this day: there are no Israeli publications offering a sensible explanation, and there are no Egyptian publications explaining the reasoning. Only a cross-examination of additional reporting provides a possible solution: el-Mansourah was also the base of the only Egyptian unit equipped with R-17E ballistic missiles, known as the SS-1 Scud in the West. As of October 1973, these missiles were the only weapon in Egyptian hands capable of reaching central Israel – and that only if fired from the area around Port Said. While apparently unimportant in the overall context, this fact gains immensely in importance considering reports from the US intelligence services about the possible deployment of Soviet nuclear warheads to Egypt in October 1973. Discussing all the available information, strategy, tactics, equipment and related combat operations of both sides, ‘1973: the First Nuclear War’ provides an in-depth insight into the Israeli efforts to prevent the deployment of Egyptian Scud missiles – whether armed with Soviet nuclear warheads or not – in the Port Said area: an effort that dictated a lengthy segment of the application of air power during the October 1973 Arab-Israeli war, and resulted in some of the most spectacular air-to-air and air-to-ground battles of that conflict. Illustrated by over 100 photographs, a dozen maps and 18 colour profiles, this book thus offers an entirely new thesis about crucial, but previously unknown factors that determined the flow of the aerial warfare in October 1973.