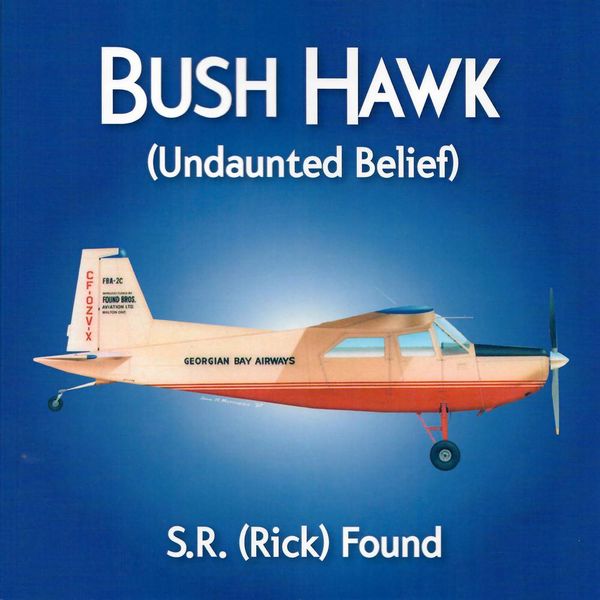 A significant Canadian aviation history told in this new book just hitting the bookstores.Softcover, 200 pages with 75 illustrations telling the history of the Found FBA-2C Bush Hawk aircraft revered by bush pilots and about to reappear as the E350 in international skies. The first book by S.R. (Rick Found) tells the story of the Bush Hawk and how the Found Brothers made the impossible possible - seeing their dream take off.

An important chapter of Canada’s aviation history is told for the first time in a new book by S.R. (Rick) Found titled Bush Hawk (Undaunted Belief) The Found family's name is famous among bush pilots, worldwide, for having built a tough little freighter aircraft designed for hard service in Canada’s wilderness. The author’s father, Sherman, along with his uncle Nathan (Bud) Found with financial backing from department store magnate John David Eaton took on the herculean task of gaining FAA certification for their dream aircraft. Despite both financial and engineering setbacks they hung in and produced an airplane that outperformed anything being then imported from the United States. So why, with an industry begging for the plane, were only 27 aircraft produced? Financial consultants and timid bankers did the trick and crashed the Found FBA-2C before it could gain altitude. For 15 years the rights to manufacture lay in Eaton’s vault, but (Undaunted) Bud Found did the Phoenix from the ashes thing and the Bush Hawk was born, this time to reappear as the E350 in international skies.