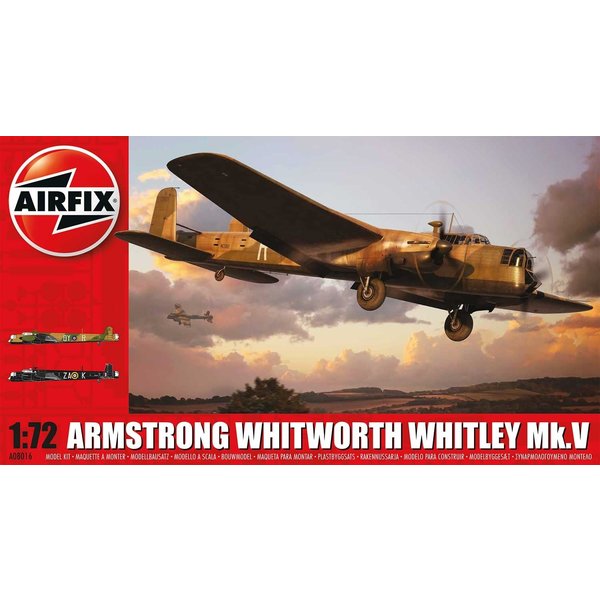 One of those kits that makes you fall off your chair when first announced ! I don't know what it is about this old bird, but it sends me ! Maybe it is due to the old 'Purnell's History of the World Wars' book on Bombers 1939-1945 that I had as a kid [ & still have ! ] that pictured this charismatic warbird ! It has stuck in my head ever since . In action from the very start of the war, the Whitleys were the first allied bombers to see action when they dropped propaganda leaflets onto German soil on the very first night of hostilities.Further propaganda flights would travel as far as Berlin, Prague & Warsaw. On the night of 19/20 March, 1940, Whitleys [ and Hampdens ] conducted the first bombing raid on German soil, attacking the Hornum seaplane base on the Island of Sylt. Ultimately replaced as bombers by four-engined 'heavies' such as the Lancaster, the Whitley continued to serve in the roles of maritime reconnaissance with Coastal Command and the second line roles of glider-tug, trainer and transport aircraft. In 1942, BOAC operated 15 MkV's as unarmed freighters performing tasks such as night supply missions from Gibraltar to Malta, often landing under Axis air attacks on Malta !

A superb, all plastic kit of an important early war aircraft ! Maybe this issue will spur some research & understanding of what these brave Whitley crews endured during the early stages of WW2.