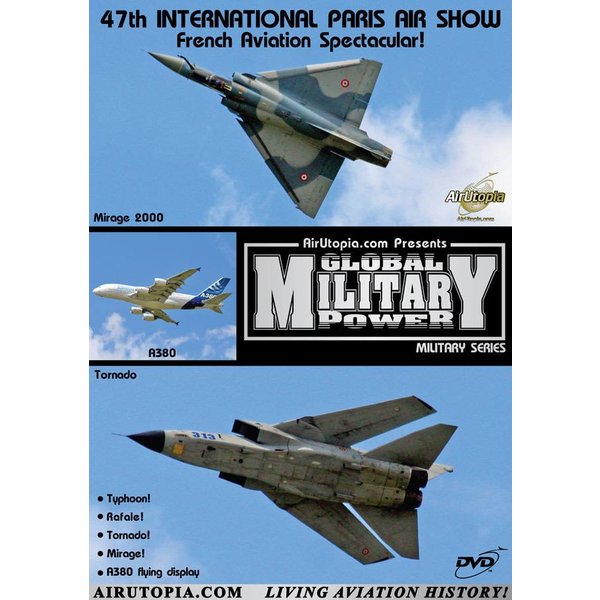 Join us at one of the premiere aerospace events in the world - the 47th Paris Air Show 2007! Aviation action includes all the best of the aerial displays, static aircraft, and interior exhibition. The lineup of the world’s best military technology includes front-line fighters such as the Mirage 2000, F-16 Fighting Falcon, F/A-18 Hornet, Rafale, Panavia Tornado, and Russia’s MiG 29OVT! And for the first time see 2 Super Jumbo A380s on display and in the air at the same show!