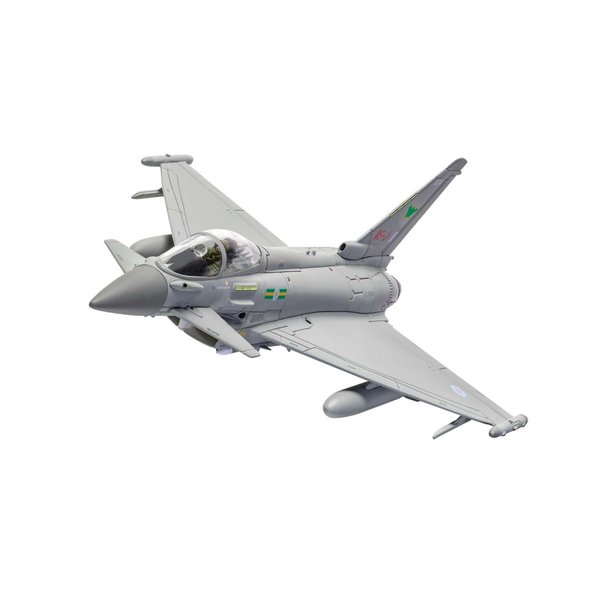 As Britain's aviation enthusiasts finally came to terms with the fact that the Panavia Tornado GR4 had been withdrawn from RAF service during March 2019, many will have been pleased to note that one of the final Tornado squadrons was to immediately re-equip with the Eurofighter Typhoon. As one of the two final RAF Tornado squadrons, No.IX(B) Squadron is one of the oldest units in the Royal Air Force and one which had been associated with the Tornado since the aircraft first entered service back in 1982. Its distinctive 'Green Bat' emblem had adorned the tail of one of the specially presented Tornados during the final months of the aircraft's service and on the day No.IX Squadron surrendered their Tornado GR4s at Marham, they immediately re-formed at RAF Lossiemouth, this time equipped with the Eurofighter Typhoon.

During the transitional period, the RAF mounted an iconic photo sortie where the IX(B) Squadron retirement Tornado GR4 ZG775 flew over RAF Lossiemouth in formation with Eurofighter Typhoon FGR.4 ZJ924, with both aircraft proudly displaying the unit's famous 'Green Bat' motif and confirming this interesting aviation development. Relinquishing their strike and reconnaissance roles, No.IX(B) Squadron will now serve as an air defence unit, providing Northern QRA cover for the UK, with an additional responsibility for providing air-to-air aggressor support for other fast jet units throughout Europe, simulating the tactics of potential adversaries. Situated on the beautiful Moray coastline in north-eastern Scotland, RAF Lossiemouth is now the most northerly of the remaining Royal Air Force bases and is certainly one of the most active.

Scheduled to welcome the first of the RAF's new P-8A Poseidon maritime patrol aircraft in 2020, Lossiemouth is also home to no fewer than four Typhoon fighter squadrons, including No.IX(B) Squadron, which only arrived at the station in April 2019, having relinquished their long association with the Panavia Tornado. Equipped with some of the RAF's early Tranche 1 Typhoons, in addition to undertaking vital air defence duties, No.IX(B) Squadron will also undertake the fascinating aggressor role, where these aircraft will provide air combat training support for other fast jet units by adopting tactics used by potential adversaries. This role has previously been undertaken by the Hawk T.1A trainers of No.100 Squadron, so the Typhoon will offer a significant upgrade in role capability, with their services being in high demand. It remains to be seen if any of these aircraft will be given distinctive new schemes to resemble those found on Russian aircraft, which will immediately make these Typhoons favourites with aviation enthusiasts. In recognition of the illustrious wartime history of No.IX Squadron, Typhoon ZJ924 carries the codes WS-J on its tail, which refer to Lancaster Centurion W4964 'Johnnie Walker – Still Going Strong', one of only 35 wartime Lancasters to complete 100 operational sorties or more