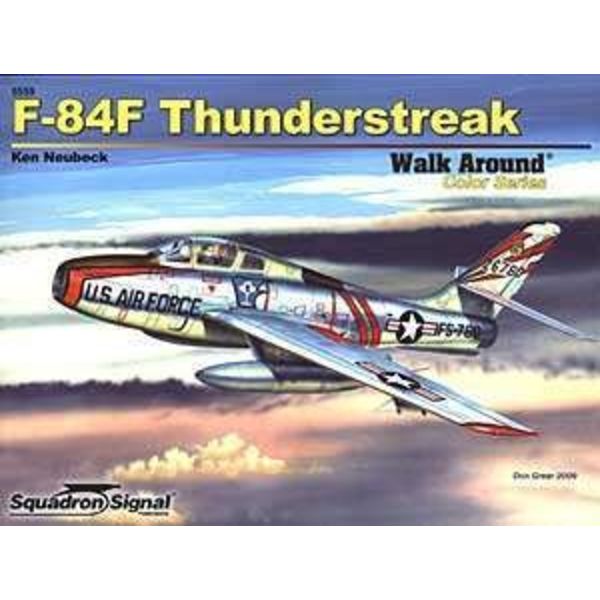 Squadron Signal Books. The success of the F-86 Sabre prompted Republic to design its own swept-wing aircraft and the prototype of the Thunderstreak - designated the YF-96A - took to the skies in 1950. The F-84F could reach a top speed of 695 mph, and in March of 1955, the Thunderstreak set a transcontinental speed record by flying from Los Angeles to New York in just 3 hours and 33 minutes. On the basis of the F-84F design, a photo-reconnaissance version, known as the RF-84F Thunderflash, was also developed and placed into production in 1952. Program delays plagued the development of the F-84F, and active duty phaseout began almost as soon as it entered service in 1954. By 1958 the F-84F was relegated to the Air National Guard. The Thunderstreak did serve as NATO?s front-line fighter-bomber during the 1950s, and  France successfully sent F-84Fs into battle against Egypt during the 1956 Suez Canal Crisis. The F-84F remained in service with several European air forces for decades, with Greece only retiring its last Thunderstreak in 1984. Illustrated with more than 250 photographs, color art, and profiles; 80 pages.