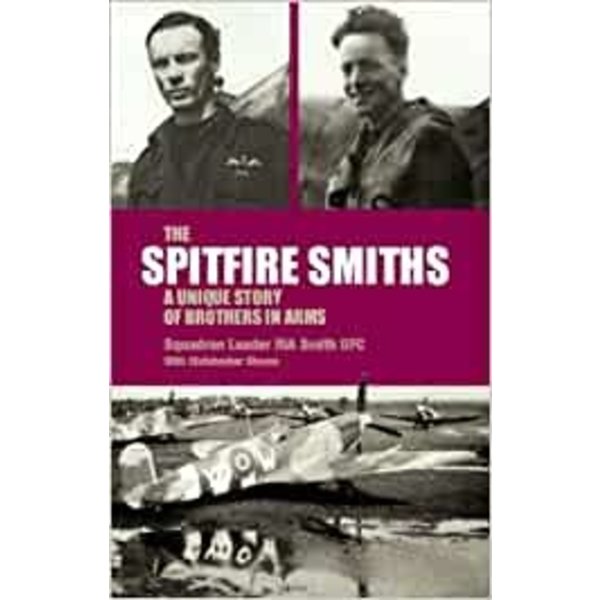 In late 2001 Rod Smith died tragically at his own hand, leaving behind a part-written autobiography and many notes. At the request of his family, his friend, the historian Christopher Shores, took on the task of seeking to complete the story as nearly as possible to how he believed Rod had wished it to be. Rod and his brother Jerry both became Spitfire pilots during World War II, leaving their home in Canada only to find themselves  purely by chance  serving together in the defense of Malta during 1942. Jerry had already gained some fame as the first pilot ever to land a Spitfire on an aircraft carrier (due to a faulty fuel feed after being launched to fly to the beleaguered island). Both showed immediate promise as fighter pilots, but by the end of that year Jerry was dead  last seen chasing a German bomber out to sea  while Rod had become an ace and would receive the D.F.C. Two years later, serving as a squadron commander in Western Europe, he claimed six Messerschmitts down within a single week, and was involved in the shooting down of the first German jet aircraft to fall to British Commonwealth fighters. He ended the war as one of Canadas highest scoring aces, with more than 13 victories to his credit. Qualifying after the war both as an aeronautical engineer and as a barrister, he brought a keen and analytical intellect to a passionate interest in aviation and aerial combat, writing many letters and articles of great depth and insight. His untimely death was a great loss not only to his family and friends, but to the wider world of aviation history as well. This book, containing many diary entries from each of the brothers, is a testament to them.