Wave Off: History of LSOs and Ship-board Landings hardcover by Specialty Press 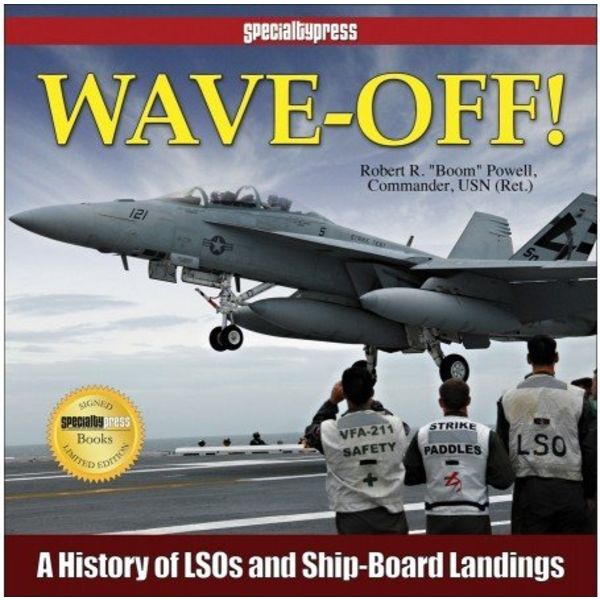 From the beginning, landing airplanes on ships at sea has been considered the ultimate challenge in aviation. The success of generations of aircraft carrier operations would never have been possible without the Landing Signal Officer, or LSO. A full history of the LSO has never been published before now. The major changes brought about by visual landing aids and angled decks are nothing less than revolutionary, and these features are explained by a seasoned Naval Aviator who flew attack jets from carriers.

This book tells the story of LSOs from the first carrier operations in 1922 through World War II, the early jet era, Korea, Vietnam, and up to today's nuclear-powered leviathans. Also explained are naval aircraft and equipment development through the years; it covers both the faster and heavier aircraft and the changes in shipboard flight-deck systems. Diagrams showing the evolution of aircraft carrier deck design from World War I to the present are also included.

Historical fact and detailed information is interspersed with colorful anecdotes that add the feeling of being on the fantail of a carrier as jets scream past at 200 mph and land right next to you. There's a good reason the LSO platform is called "the best seat in the house." From primitive biplanes to the latest supersonic jets, aircraft could not have been brought aboard ship without the Landing Signal Officer. This book explains the exciting world of the LSO.