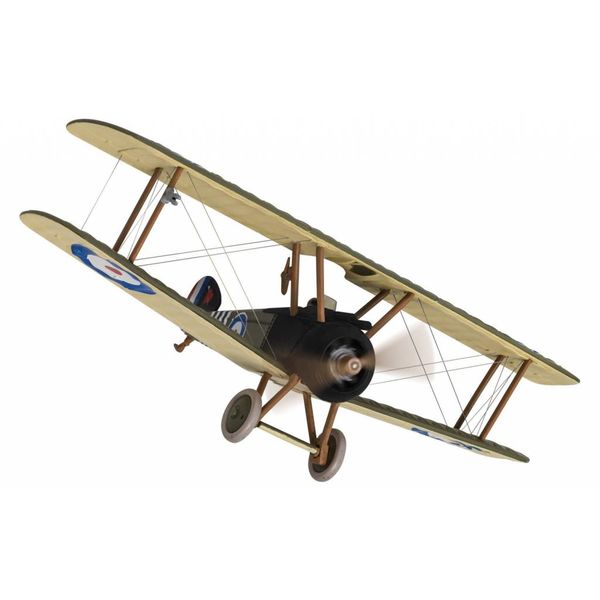 The agile and highly manoeuvrable Sopwith Camel was without doubt one of the most successful ﬁghter aircraft of the First World War and accounted for more enemy aircraft destroyed than any other British type. Named Camel as a result of the hump shaped fairing that housed the two 0.303 in Vickers machine guns, this supreme ﬁghter aircraft was a real handful to operate effectively, with the torque from its powerful rotary engine constantly trying to ﬂip the Camel into a potentially life threatening spin. If tamed, the Camel was the ﬁnest ﬁghting aircraft yet produced and was superior to all contemporary German ﬁghters. During the 17 months of its operational service at the end of WWI, Sopwith Camel pilots would claim an average of 76 aerial victories each month, helping the Allied air forces wrestle air supremacy from the Luftstreitkrafte.