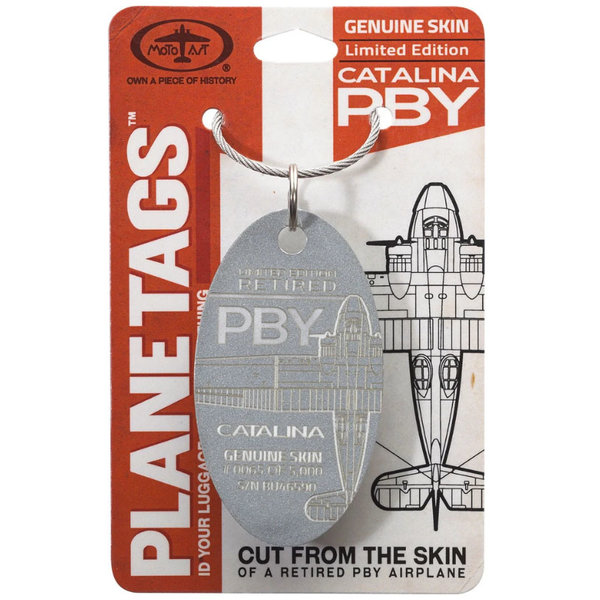 The iconic PBY Catalina first flew in the 1930s and is still flying today. It was produced by Consolidated Aircraft for the US Navy and entered service in 1936 as a long-range flying boat and patrol bomber. The onset of the Second World War in 1939 saw PBY production increase for the USN. The British Royal Air Force ordered the PBY in 1940 and named it the Catalina, which the USN adopted soon afterwards. The amphibious PBY-5As produced by Canadian Vickers in Canada were called the Canso after the famous strait in Nova Scotia. Over 3,000 PBYs were manufactured during WW2 and used by the USN, RAF, US Army Air Force, Royal Canadian Air Force and many other allied air forces.

The PBY saw action in every combat theatre as a bomber, anti-submarine, reconnaissance, transport and air sea rescue aircraft. It was crucial in the anti-submarine role during the Battle of the Atlantic, found the Nazi battleship Bismarck, discovered the Japanese fleet approaching Ceylon and the Japanese aircraft carriers at the pivotal Battle of Midway. The PBY continued in military service after the war and surplus aircraft were used worldwide in civilian roles as a passenger, freighter, aerial survey and fire-fighting aircraft. The RCAF used the Canso post-war until 1964 for transport, northern mapping and Search and Rescue. Canso Investment Counsel Ltd. is named for the endurance, versatility, ruggedness and dependability of the Canso. Squadron Leader Andy Carswell, our founder’s father, flew the Canso and was awarded the Air Force Cross for his flying skill and valour on rescue missions.

The Plane Tags have been manufactured from aluminum skin from a PBY-5A Catalina, Serial# Bu46590 manufactured for the US Navy in 1944 at the Consolidated factory in New Orleans. It saw active USN service on patrol over the Atlantic and training missions over the Pacific. It then served with the US Coast Guard in Florida, Washington State and Alaska. It was sold surplus in June 1950 to California Aircraft Corporation and registered as N68756. It was converted to civilian use and was purchased in 1952 by Fullerton Oil Company of Pasedena, California for use as a VIP corporate aircraft. It was then sold in 1960 to Herb Schriner, a TV personality, who modified the interior to resemble Jules Verne’s Nautilus submarine! It continued to be owned privately until 1977 when it was bought by the Quebec Labrador Mission to deliver supplies to remote settlements. It was acquired 1979 by the Confederate Air Force of Harlingen, Texas which flies WW2 aircraft in air shows. The CAF then put it in Royal Australian Air Force colours as Catalina NB-N, the “Sea Bitch”. It flew the 9700 miles and 55 hours flying time from Monterey, California to Brisbane, Australia in January 1981 for an Australian tour celebrating the 60th anniversary of the RAAF. The CAF continued to fly it until 1986 when it was retired for maintenance reasons. It was used for parts and ended up at the Pima Aviation Museum in Arizona where MotoArt purchased the remaining fuselage in 2017.

PlaneTags are made from actual retired aircraft fuselage, not merely stamped metal. Because PlaneTags are made from real fuselage, each one bears the color, thickness, and wear and tear from the portion of the fuselage from which it was cut and it is therefore rare to create two identical PlaneTags. These variations and imperfections are not product flaws. They are part of the beauty of PlaneTags. As a result, you will not have an option to select the exact color of your PlaneTag. The images on this website are provided for reference only and should not be used as the sole basis for choosing a particular PlaneTag.